Cryptocurrencies Are a Serious and Fully-Fledged Financial Instrument 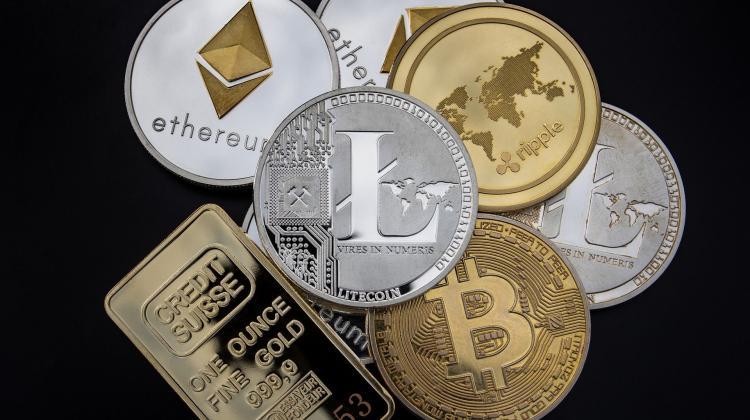 Cryptocurrencies have become a serious and fully-fledged financial instrument. (Source: WorldSpectrum via Pixabay)

The cryptocurrency market in the last two years has become increasingly similar to the mature global currency market (Forex) and can be treated as a serious and full-fledged financial instrument, physicist have concluded.

Cryptocurrency is a digital or virtual means of payment. It exists only in a computer system and has no physical equivalents in the form of banknotes or coins. More technically, it is a type of decentralized register consisting of independent devices and based on blockchain technology. It uses cryptographic solutions and stores asset information in contractual units. All transactions carried out in the world of cryptocurrencies are anonymous, but each of them is publicly available.

The cryptocurrency market is unique in terms of research capabilities due to its spectacular development in a reasonably short period and almost unlimited data availability. This makes it possible to carry out statistical analyses at various stages of development and track its evolution and trends.

A team of scientists led by Professor Stanisław Drożdż from the Institute of Nuclear Physics of the Polish Academy of Sciences in Kraków and the Kraków University of Technology conducts research on cryptocurrencies.

The group decided to explore the problem of the existence of dependencies and their evolution within a basket of 100 virtual currencies representing about 95% of the capitalization of the entire cryptocurrency market from 1 October 2015 to 31 March 2019.

In their research, based on previous analyses, researchers used correlation matrix formalism derived from statistical physics. In general, calculations with such matrices make it positle to determine if a particular pattern exists in the data set.

Researchers carried out their analyses by comparing the characteristics of the exchange rate fluctuations of cryptocurrencies in relation to each other, to the USD exchange rate and to the so-called fictitious currency, artificially generated from a random distribution.

The results obtained for the cryptocurrency market are similar to the corresponding measurements from the stock and traditional currency market, for example the Forex market.

This similarity applies both to the variability dynamics of applicable exchange rates and the fact that the dominant feature of this dynamics are behaviours indistinguishable from chaos. In the initial phase of the analysis, researchers found that it was the USD and Bitcoin that played the role of the main base currencies for cryptocurrency trading. As they moved closer to today’s situation, they found a gradual independence of the virtual currency market from USD. Currently, only Bitcoin is the natural base currency for other cryptocurrencies.

Professor Drożdż said: “Our research on internal correlations on the cryptocurrency market indicates that this market has reached a level of maturity allowing it to be treated as equivalent to regular financial markets, and in particular the global currency exchange market, which is Forex.

'We witnessed the emergence of an integrated and independent market in which cryptocurrencies are exchanged with each other without the need to use, for example, the USD, as was the case in the initial phase of cryptocurrency trading.”

The work of the Kraków team has shown that despite existing economic connections, cryptocurrencies cease to be significantly correlated with traditional financial instruments such as currencies, stock markets or commodities.

Apart from being a new medium of brokerage in trade - an alternative to traditional currencies - they create new possibilities for diversifying investment portfolios.

The first cryptocurrency, Bitcoin, was proposed in 2008 by a person or group of people nicknamed Satoshi Nakamoto. According to its creators, the Bitcoin was supposed to provide a tool for transactions via the Internet without the participation of a monetary authority (the central bank in the case of standard currency).

The first Bitcoin exchange market started its operations in 2010. Since then, there has been a spectacular development of the cryptocurrency market up to a level reaching a peak capitalization of 800 billion USD. Currently, about 5200 virtual currencies, in particular Bitcoin (BTC), Ethereum (ETH) and Ripple (XRP), are traded on various exchange markets.