How ironic! New study finds men and women use irony differently, which leads to misunderstandings 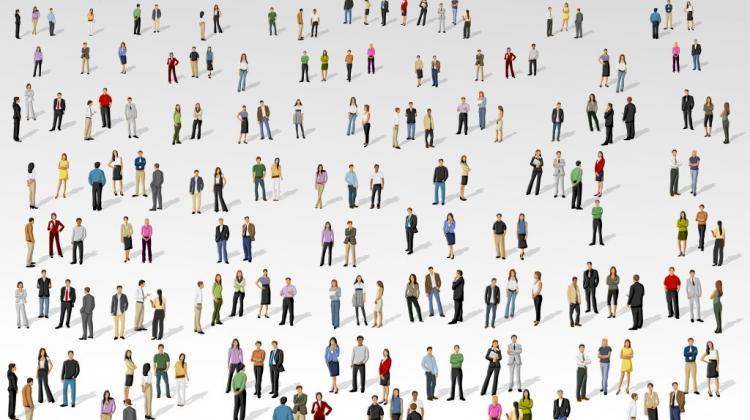 A study has revealed that men and women perceive and use irony differently - and that this may be the cause of misunderstanding between the sexes.

Psychologists found that whereas men more often associate irony with joy and regard those who use it positively, women tend to associate it with anger and sadness and view users negatively.

Consequently, misunderstanding is just a step away, studies from the University of Warsaw show.

Professor Barbara Bokus and Dr. Anna Milanowicz decided to look at irony in a series of experiments which they have described in their book In a distorting mirror of irony and self-mockery. About women and men non-directly (W krzywym zwierciadle ironii i autoironii. O kobietach i mężczyznach nie wprost).

The Warsaw Uni duo found that people with higher self-esteem and lower anxiety are more self-ironic, but that when it comes to using irony, biological sex differentiates them the most.

Dr. Anna Milanowicz told PAP: ’Our research shows that men are more ironic than women. It turns out that irony is rather the domain of men.'

In one experiment, the subjects were asked to assess which of two comments expressing displeasure with rain - `Great weather today!` (using irony) compared with `Such bad weather!` (directly) - was considered more critical.

It turned out that women treated irony as a stronger message. For men, in turn, the straightforward message was stronger.

Dr. Milanowicz said: ’When women use irony, they more strongly express their dissatisfaction. If they talk to a man, even on such a trivial topic as the weather, they may misunderstand each other. Not to mention more serious topics.’

The study also shows that recipients - regardless of gender - subconsciously sense these gender differences to some extent. Who is speaking to whom matters in the application of irony.

`Women used irony more often in their answers addressed to men than to women. And men were less likely to use irony in their responses to women than to men` the researchers write in their book.

In response to ironic praise (praise hidden under the guise of criticism, e.g. `you do not work much, do you?` when someone did a lot of extra work), women more often had negative emotions, especially anger (46.5%) and sadness (26%). In contrast, men most often associated irony with a feeling of joy (51%). They felt anger (11%) and sadness (11%) much less frequently.

The psychologists concluded that men more often than women use irony (and self-mockery), because message ambiguity gives them a greater sense of control over the message, and thus over its recipient.

According to the researchers, recognising and understanding these gender differences is essential for precise communication. A man`s ironic remark, intended to defuse a situation, can sometimes have the opposite effect. In turn, a woman`s dissatisfaction conveyed in irony can sometimes be interpreted by the man not as criticism, but as a joke.

`What has a light-hearted tone for one person can be much stronger for another,’ said Dr. Milanowicz. She added that this can be important not only in everyday conversations with loved ones, but also in business negotiations.

Research has also shown that ironic messages are not always interpreted as ironic. Although the goal of irony is to convey a position other than expressed in words, some recipients may treat the message literally. And this leads to confusion. `This risk of not recognizing irony even prompted the US authorities to recognize airports as irony-free zones in conversations with staff`, the researchers noted.

The book In a distorting mirror of irony and self-mockery. About women and men non-directly was published by the Publishing House of the University of Warsaw.