Minority and Majority Groups of Interest to University of Warsaw Researchers 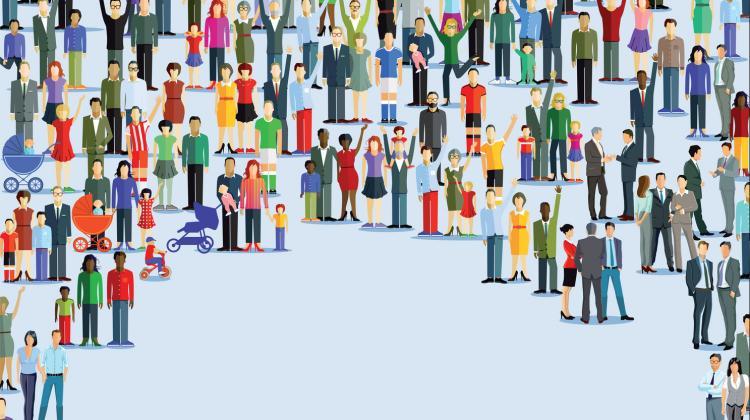 How can people from majority groups behave in contact with people different from them - towards minority groups, e.g. immigrants or homosexuals,? Researchers from various research centres, including Faculty of Psychology of the University of Warsaw attempted to answer this question.

Professor Michał Bilewicz from the Center for Research on Prejudice at the Faculty of Psychology, University of Warsaw and Olga Kuzawińska, a student at this faculty, are co-authors of a publication in Nature Human Behaviour. The paper concerns the impact of intergroup contact on the willingness of members of minority and majority groups to actively combat discrimination.

The authors of the article discuss the results of research conducted in 69 countries by teams composed of social researchers, mainly psychologists. International analyses have shown that people from majority groups who experience contact with people different from them will be more willing to engage in activities to improve the situation of minority groups (e.g. immigrants or homosexuals) than people without such experience. On the other hand, contact may demobilize minorities and weaken their efforts to defend their rights, we read in a press release sent to PAP.

Researchers from the Faculty of Psychology of the University of Warsaw, who participate in the project `Language as a cure: linguistic vitality as a tool for psychological well-being, health and economic sustainability` (LCure), carried out as part of the Foundation for Polish Science TEAM programme, were responsible for the research conducted in our Poland.

The project involves studying factors that increase psychological well-being and social activity of immigrant groups and other minority communities. The participants of research are Ukrainians, Wymysorys and Lemkos in Poland and Nahua in Mexico.

According to the press release, the publication also provides new methodological guidelines for research on social change and intercultural contact.