Woof You Believe It! Magnets Change Behaviour of Defecating Dogs 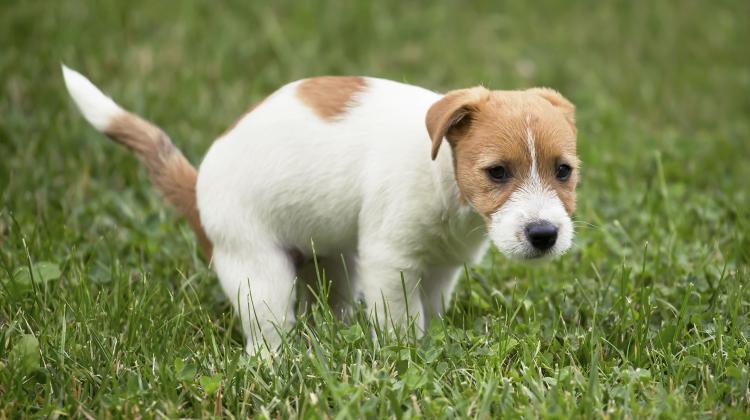 The direction dogs position themselves when defecating can be disrupted by the presence of a magnet, researchers have discovered.

Normally, dogs prefer to position themselves in a magnetic north-south direction when going to the loo.

But now scientists from Poland and Israel have found this changes when a small magnet is placed in the grass nearby.

The researchers from Adam Mickiewicz University and Poznań University of Life Sciences, and Israel’s University of Beer-Sheva, checked the behaviour of dogs in the city parks of Eilat, a well-known tourist resort in the south of Israel.

Under the supervision of Prof. Reuven Yosef, students from a local high school went to the parks and looked at the behaviour of dogs, carefully noting their behaviour and, using compasses in cell phones, determined their position relative to the north-south axis.

Sometimes these behaviours were manipulated by placing a magnet in the grass. The collected data were analysed using statistical directional tests.

The results published in the Journal of Veterinary Behavior confirmed that dogs use magnetic north-south direction when defecating.

It also brought completely new information on the magnetic alignment of the defecating dogs: the magnetic field produced is large enough to disrupt the animal`s magnetic sense, albeit very slightly.

The Earth`s geomagnetic field is a universal source of information for many animal species, both invertebrates such as bees, ants and fruit flies, as well as reptiles, amphibians, birds and mammals.

What is surprising, say the scientists, is that although a large number of species, including migratory birds and sea turtles, use it to navigate, pet dogs also have this magnetic sense.

It was discovered a few years ago that grazing cattle and sheep almost always position their bodies along the north-south magnetic axis. Similar behaviour was observed in resting deer and wild boars in a phenomenon called magnetic alignment, considered to be the simplest possible behavioural response of the body to geomagnetic field.

In 2013, a team of scientists from the Czech Republic and Germany found that defecating dogs almost always lined up on the north-south line. However, this behaviour disappeared in an unstable magnetic field.

A few years later, other studies showed that dogs faced with a choice would almost always choose a plate of food north of them. It has also been proven that dogs can be trained to find hidden magnets in conditions precluding the use of the sense of sight and smell.

What exactly is the purpose of dog`s magnetic alignment during defecation? According to one theory, the magnetic sense of birds and mammals is based on blue light receptors in the retina of the eye. The magnetic sense interacts with the sense of sight. Geomagnetic field lines can create a kind of visual grid superimposed on the environment perceived by the animal. This grid can be used to estimate distances in space or remember important places in the environment. The latter application could explain the choice of a particular direction during defecation.

Knowledge of the universal direction can also be used by animals as a good reference for orientation in space. The ancestors of domestic dogs lived in vast territories, where this type of magnetic tool could be extremely useful, scientists suggest.

Another theory assumes that symmetrical arrangement of the whole body along the magnetic field axis can somehow affect physiological processes, provide mental balance, or help control information noise from many senses. For now, however, there is no experimental proof to verify this theory.