Chemicals in everyday objects such as receipts could endanger health, warns expert 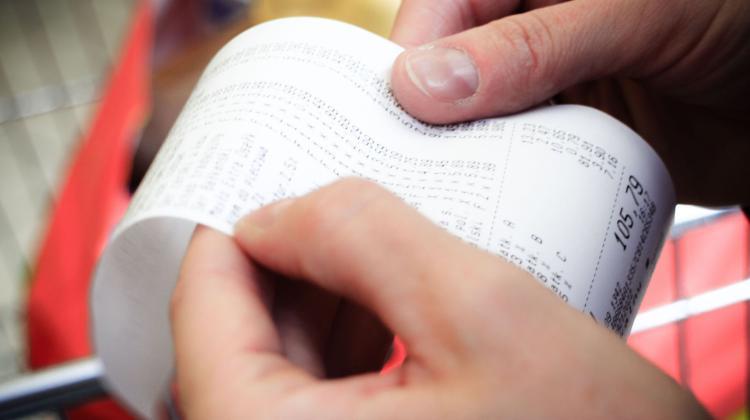 Chemicals found in day-to-day products including shopping receipts could pose a threat to workers' health, warns a leading scientist at the Medical University of Gdańsk.

Dr. Aleksandra Rutkowska says that constant exposure to bisphenol A (BPA) which can be found in shopping receipts, food packaging, dental fillings and contact lenses may increase the risk of diseases such as infertility, obesity, metabolic disorders, foetal development disorders and cancers such as breast cancer in women and prostate cancer in men.

The National Trade Staff Section of the trade union NSZZ "Solidarność" has said it will now demand their withdrawal to protect cashier workers.

Bisphenol A is not a toxic compound but an endocrine active (ED) one. It mimics the action of estrogens, female sex hormones.

Dr. Rutkowska and the DetoxED team (spin-off of the Medical University of Gdańsk and the Gdańsk University of Technology) examined receipts from eight retail chains.

It found that only one of them did not contain BPA, but it could not be ruled out that another similarly endocrine active substance was used and the test did not show its presence.

In receipts from other chains, from 11 to 22 mg/g BPA was found, which says Dr Rutkowska is a large amount.

Presenting her findings at a press conference in Warsaw, Dr Rutkowska explained that bisphenol A can enter the human body through the skin, through the digestive tract and by inhalation.

It is therefore possible that contact with receipts over many hours can increase the risk of the substance entering the bodies of employees. Over 8 hours of work, one cashier comes into contact with at least 400 receipts.

Dr. Rutkowska told PAP that although she had not investigated the extent to which bisphenol A in receipts penetrated the bodies of trade employees, "similar studies have been conducted in other countries and have shown that employees who have contact with receipts often show a higher content of this substance in the body."

She added that BPA in pregnant women can penetrate the foetal body from the placenta. It is suspected that due to endocrine action, it may increase the risk of infertility in both women and men. Its presence has been confirmed in many secretions: blood, urine, saliva and male semen.

She said: "Because this substance does not have toxic effects, but acts like a hormone, its effects do not have to be visible immediately, only after some time."

According to the data she presented, the costs of treatment related to human exposure to these substances in the European Union can already reach EUR 100-250 billion.

The National Trade Staff Section of the trade union NSZZ "Solidarność" has said that it will now demand the withdrawal of receipts containing BPA or the introduction of protective gloves and face masks for employees. The introduction of e-receipts can also limit exposure to bisphenol A in paper receipts.

Dr. Rutkowska warned that BPA was also found in paper used for advertising and in some magazines. "This includes all kinds of glossy paper," she explained. She advised avoiding exposure to bisphenols A as much as possible by using glass containers and paper not containing this substance.

"BPA was found in all people: women, men and children. Interestingly, as a rule, its levels are higher in young people than older people, perhaps because the latter are less likely to use plastic containers," she added.