Prof. Marek Samoć is the laureate of the French-Polish Scientific Award 2019 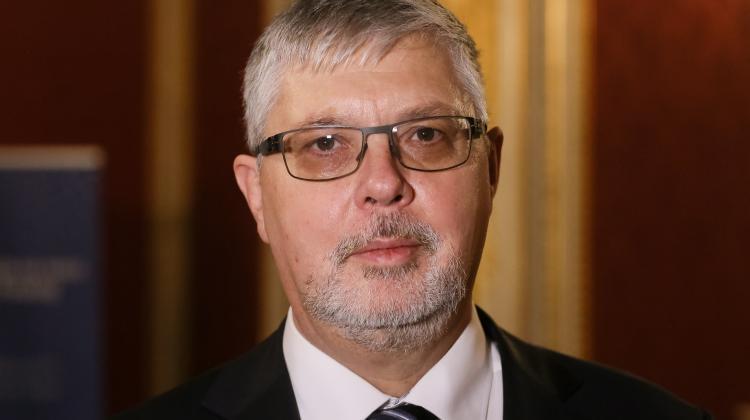 Prof. Marek Samoć from the Faculty of Chemistry of the Wrocław University of Science and Technology received the French-Polish Scientific Award 2019. The award was granted by the French Chemical Society (Société Chimique de France, SCF).

The Foundation for Polish Science informed about the award on its website.

"The award was granted for outstanding achievements in the field of non-linear optical properties of inorganic and organometallic compounds, conjugated polymers and quantum dots" - the release reads.

Marek Samoć, born in 1951 in Kalisz, began his scientific career at the Faculty of Chemistry of the Wrocław University of Science and Technology, where he received the doctoral and postdoctoral degree. During postdoctoral fellowship at the National Research Council of Canada in 1979/80, he gained experience in working with lasers and focused on studying the interactions between laser light and matter. He conducted research at Dartmouth College and at the University at Buffalo (USA). From 1991 to 2008 he worked at the Laser Physics Centre at the Australian National University in Canberra (Australia). He co-founded a group conducting pioneering research on non-linear optical properties of organometallic compounds. In 2008, he returned to his alma mater, where, thanks to the grant he received from the WELCOME programme of the Foundation for Polish Science, he formed a new research group.

He is the winner of many prestigious grants, including MASTER (2013) of the Foundation for Polish Science and MAESTRO of the National Science Centre. Prof. Marek Samoć`s papers in the field of nanomaterials chemistry have been published in such journals as Nano Letters and Advanced Materials. These papers have been cited more than 7,000 times, which places the professor among the 20 most-cited Polish chemists.