Researcher: It is impossible to distinguish between a Polish genome and a Ukrainian or Slovak one 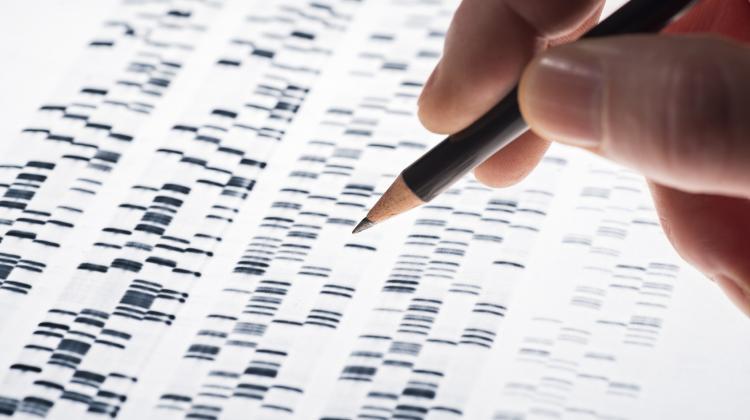 When it comes to genetics, people have much more in common than there are differences between them. The genomes of a Ukrainian, a Pole or a Slovak are indistinguishable. A DNA test only makes sense if you want to verify the hypothesis about an ancestor from distant parts of the world, says Prof. Paweł Golik.

In recent years, DNA testing to check the origin of ancestors has become increasingly popular. It is viewed as a tool that supports standard genealogical searches.

"In the US alone, where the service is more popular than anywhere else in the world, because most of the population originates from outside this continent, many millions of people have had their DNA tested to determine the origin of their ancestors" - says Prof. Paweł Golik, a geneticist from the Institute of Genetics and Biotechnology, University of Warsaw.

But are these tests reliable and worth doing when searching for ancestors? According to Golik, there is no substitute for standard search and checking names in parish books, because the "resolution" of DNA tests is simply too small.

Most companies that perform DNA testing provide the result in percentage form - the client learns that his genome is in 20 similar percent to the genome of Swedes, in 30 percent - Germans and in 50% - Poles. How to interpret this type of data?

"The issue is not simple. When it comes to genetics, people have much more in common than there are differences between them. For example, it is impossible to distinguish between the genome of a Ukrainian and the genome of a Pole or a Slovak - the genome differences are minimal" - says Prof. Golik. Therefore, looking at the chart from the company that analysed your DNA, it would be more correct to indicate that your genome is more similar to people living in Central or Western Europe. Naming specific countries can be misleading when it comes to the origin and ancestors, the researcher believes. It is completely impossible to say whether someone is from Masuria or Silesia on the basis of such an analysis.

Golik believes that it only makes sense to perform a DNA test if you want to verify, for example, a family legend of a European with ancestry from distant regions of the world, like the Far East or the Caucasus. Such roots would be clearly noticeable in a DNA test result.

The geneticist emphasizes that commercial genetic tests currently performed to help in the search for ancestors are based on the concepts of scientists who study human prehistory. With such tests, researchers have learned, for example, about several waves of human migration to Europe.

The first migration from Africa took place about 45 thousand years ago. Another - about 10 thousand years ago from the Middle East. New settlers brought knowledge of plant cultivation and animal breeding. The last great migration took place several thousand years ago, when the Indo-Europeans (who themselves were the effect of several groups mixing) spread from the Black Sea steppes. Golik says that fragments of genomes from each of these communities are present in the people of Europe, but their proportions differ slightly in its western and eastern parts. However, there is no such thing as a "clean line" because the genomes of all people are mixed. And the differences are visible at the level of groups, not individuals. The scientist explains it with an example: we know that statistically women are shorter than men. But, we are not able to tell based on height alone - for example, 155 cm - that the person is definitely a woman, although of course it is possible.

"DNA research is a great tool for studying the history of entire groups, but it is very important to be cautious when drawing conclusions about individuals, because they can be confusing. I warn against treating it as a test of belonging to a nation and creating a test for a real Pole or German. We are members of the group, with which we identify culturally" - he emphasises.

The geneticist says that companies offering DNA tests to determine your origin use similar algorithms. But they sometimes give different results, so it is best to take them with a grain of salt.

"Their accuracy also depends on how many people have been tested, because genetic testing is always comparative" - he says. It is also worth checking how many people in the database come from your region, for example Eastern Europe, because most large companies are based outside Poland.

Some companies also provide raw data that people with the right knowledge can analyse further using free software. "But that requires a lot of knowledge of population genetics and statistics, otherwise it is easy to jump to conclusions" - he warns.

It is worth remembering that humans are a species with very low genetic diversity. "That was a surprise in the world of science. It turned out that the differences between us are four times smaller than, for example, between two chimpanzees from two regions of Africa" - the scientist adds.