Launch of the first Polish archaeological project in Oman 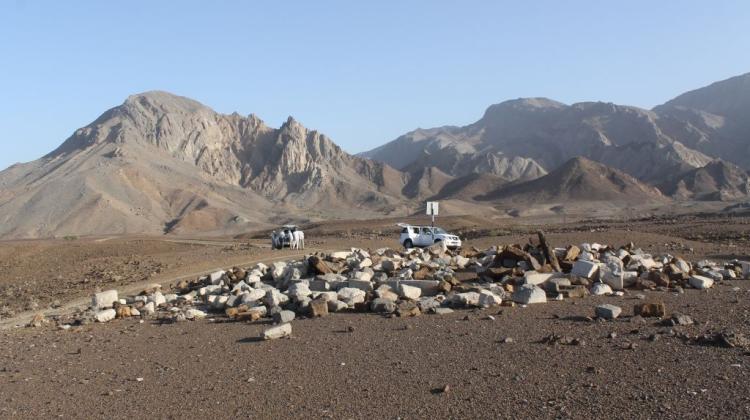 Ancient relics of defensive structures and monumental tombs are the subject of research by a team of archaeologists from Warsaw near the village of Qumayrah in Oman on the Arabian Peninsula.

"Oman is a poorly known country in terms of archaeology. Regular excavations in this country began only in the 1970s" - explained in an interview with PAP Dr. Łukasz Rutkowski from the Polish Centre of Mediterranean Archaeology of the University of Warsaw (PCMA), head of field work. The project leader is Prof. Piotr Bieliński.

Place of work was proposed to Polish specialists by Omani antiquity services, because it has not been subject to any archaeological research. Therefore, during the first season of work at the end of 2015 Polish archaeologists carried out an initial survey. In this framework, researchers inventoried part of architectural objects visible in the field and prepared preliminary plans of the area.

"We have seen structures from different periods - from the Neolithic to few hundred years old. Of particular interest are two towers standing at the entrance to the valley, which could have a defensive function" - added the scientist.

During the next trip, which will take place this autumn, scientists plan to begin excavations. They will focus on the burial ground with circular stone tombs with a diameter of approx. 10 m, which in their original form most likely had the form of a tower. The age of these structures has been initially estimated at approx. 5 thousand years. The researchers will also search for the remains of settlements associated with a time of functioning of the cemetery. According to the researchers, these structures are covered with the ruins of later buildings.

Dr. Rutkowski does not exclude that the studied mountain valley played an important role in ancient trade, as indicated by its location on the land route halfway between the Persian Gulf and Indian Ocean. According to the Mesopotamian written sources, copper was imported to Mesopotamia from the ancient land of Magan (identified as today\'s Oman).