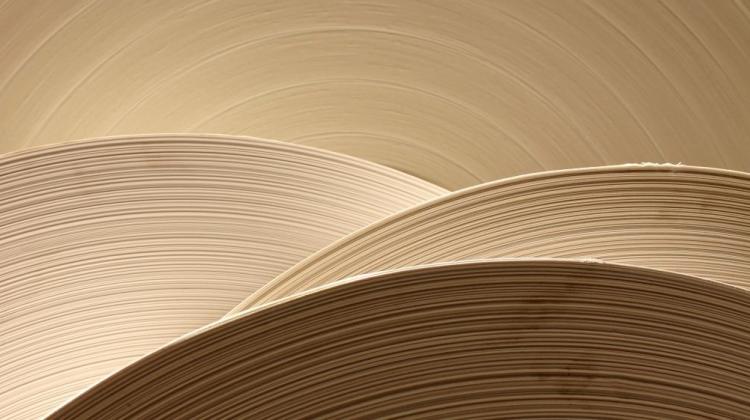 A small gold plate belonging to Polish family Sielscy from the Swedish Malmoe turned out to be an archaeological sensation. According to the researchers, it is probably a souvenir from the funeral of the Danish King Harald Bluetooth on the island of Wolin, dated to c. 986 AD.

The discovery was made by 11 years old Maja Sielska, who diligently did her school homework about the Middle Ages. While looking through pictures of coins from this period in the textbook and on the Internet, the girl saw a plate with mysterious inscriptions similar to the one she had received from her grandmother. The schoolgirl showed her family heirloom to her teacher, who in turn passed it on to researchers.

According to archaeologist Sven Rosborn quoted by the Swedish daily afternoon newspaper "Aftonbladet" the find is not a coin, but a golden plaque, probably minted around 986 AD in connection with the funeral of King Harald Bluetooth of Denmark on the island of Wolin. The object will undergo further testing by experts from Sweden, Denmark and Poland.

The medieval plate came to the Polish family Sielscy in 1946 in Wolin. "Our cousin received it from the local pastor. My husband’s grandmother collected buttons, coins, she had a huge collection and did not realize the value of this one object. When she was still alive, she sold some things; she kept the plate left it did not look like it was made of gold" - told Ewa Sielska PAP, Maja’s Mai.

Sielscy family from the Malmoe is proud of Maja’s discovery. The teenager became a media sensation in Sweden; the media emphasize that the event with the participation of Polish family shows how important the history classes are in Swedish schools.

Harald Bluetooth (Danish: Harald Blåtand) was the King of Denmark from 958 to c. 986, and King of Norway for a few years. During his reign, Denmark accepted Christianity. According to one hypothesis, the nickname Bluetooth comes from the king’s bad tooth that was damaged during one of the battles.