Polish scientists are working on a new type of barley 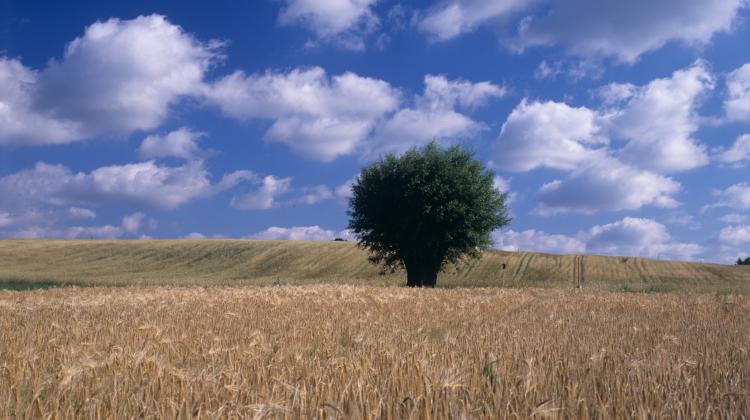 Barley tillers shorter by 20 percent, and even two and a half times higher number of grains, i.e. higher yields - these are the results already achieved by the scientists from the University of Silesia in Katowice, who are working on chemical mutagenesis of barley.

It is possible that in the future the effect of their work will be registered as a new variety.

The pioneering project of researchers from the Department of Genetics, Faculty of Biology and Environmental Protection, University of Silesia, conducted in order to increase yields and reduce crop losses, uses research on strigolactones - plant growth and development regulators.

Project leader Marek Marzec explained in an interview with PAP that strigolactones are a new group of plant hormones involved in the control of branching of the plant, which was described in 2010. Plants that are damaged in the strigolactone production pathway or signal reception are lower and more bushy, which can make them attractive for farmers.

For many years the Department of Genetics, University of Silesia in Katowice has conducted research on chemical mutagenesis of barley, which may lead to a single changes in the genetic code. Foreign genes from other species are not introduced into the plant genome, which means that these are not genetically modified organisms, and they may be used in agriculture without limitation.

In the project "The search and identification of strigolactone mutants in order to obtain material for growing Hordeum vulgare barley in Poland", financed by the Foundation for Polish Science, Silesian scientists have identified plants with damaged strigolactone reception pathway. These plant are irreceptive to this group of hormones.

"We proved that the lack of reception of signal carried by strigolactones translates into a 20 percent height reduction in mature plants, as well as the number of ear-bearing tillers, which can be twice that of the initial variety. A larger number of tillers also translates into a greater number of grains produced by a single plant - in this case we have observed even two and a half times difference between the initial variety and the mutant" - Marek Marzec told PAP.

Last year, the identified mutant seeds were sent to two barley culture stations willing to cooperate in the further part of the study. Preliminary analyses by farmers in the experimental fields confirmed the observations under controlled conditions - strigolactone mutant produced more seeds, and was a semi-dwarf form.

"Now, after the multiplication of plants, large field experiments are planned that will clearly answer the question of whether the described mutant allows to obtain higher yields and whether it can be a valuable starting material for breeding new varieties of barley" - said Marzec.

According to data from the Central Statistical Office barley is the third in terms of yield, grain species cultivated in Poland. According to the Agricultural Market Agency data from 2013, its yields in 2008-2012 amounted to almost 3.8 million tonnes. It is expected that its importance will grow.

The project was initially implemented in the program Ventures of the Foundation for Polish Science and co-financed by the European Union from the European Regional Development Fund. Currently, studies are being continued in the project "Genetic and phenotypic analysis of mutant barley htd4.d with damaged strigolactone signalling pathway", funded by a grant of the Ministry of Science and Higher Education for research conducted by young scientists.