Glaciologist: global sea level rises by around 3 mm per year 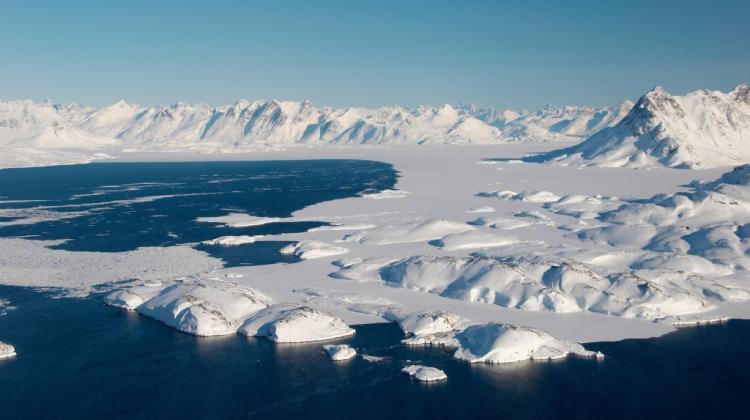 Global sea level rises by about 3 mm per year. This occurs not only due to melting glaciers, but also thermal expansion of water. Polish glaciologist participating in the international project ice2sea talks about the melting glaciers research.

The European Union research project ice2sea, running for four years, involves 24 teams from different countries, including two Polish teams: from the University of Silesia, and the Institute of Geophysics PAS in Warsaw. Scientists want to study the impact of glaciers on rising sea levels. The results of the ice2sea project will help in the development of a report on the effects of climate change. The project is expected to continue until the end of this year.

"The global sea level rises by 3-3.5 mm per year" - Prof. Jacek Jania of the Faculty of Earth Sciences, University of Silesia summarised the ice2sea project results to date. He added that this conclusion was the result of many analyses of sea level gauges around the world, as well as satellite data. "At the end of the last decade, however, there was some slowdown in growth, associated with a lower melting of Greenland" - he adds.

Prof. Jania explained that according to the models developed by ice2sea experts, the increase in water levels will not be dramatic - at the end of this century, the water level will be on average 60-120 cm higher than the current level. "That\'s pretty good news" - said the researcher from the University of Silesia. He noted, however, that the increase in water level could be a big problem in ports, and would affect more, for example, people of the Netherlands, Bangladesh, Florida and Singapore, and those living on low atolls, such as the Maldives.

He added that for ports and coastal towns on the Polish coast, high storm waves, also associated with warming, may be an additional risk. In the first decade of the twenty-first century, the frequency of storms was three times higher than half a century ago.

Glaciologist explained that the increase in water level to a large extent - more than 50 percent - is a result of the melting of ice masses in ice sheets and glaciers. Most water comes to the oceans from melting glaciers, mainly in the Arctic and Greenland. Sea level also rises due to numerous icebergs breaking off from glaciers. Relatively little water comes to the oceans due to melting of the Antarctic ice masses. According to Prof. Jania, Antarctica is isolated from other parts of the world, by, bor example, the Antarctic Circumpolar Current, while the Arctic is open to the influence of the Atlantic and easily responds to changes in temperature. "If we had a dynamic response of Antarctic glaciers to the warming, the increase in water level in the oceans would follow at a much faster pace" - noted the glaciologist.

According to the glaciologist, melting ice masses are not the only cause of sea-level rise. In more than 40 percent this phenomenon results from thermal expansion of water. It turns out that water increases its temperature due to global warming, and with it, the volume of the liquid increases. Thermal expansion can be easily observed with mercury or alcohol thermometer.

Prof. Jania said that the research of glaciologists, conducted by researchers outside the ice2sea project, not only can help predict water levels, but also solve the mystery of long and cold winters in Europe, like this year’s winter. It turns out that the amount of sea ice in the Arctic (the ice that forms on the water surface) has an impact on the development of high-pressure areas and the flow of warm oceanic air over Europe. Therefore, if in the winter sea ice is scarce in the Arctic, we can expect a long and cold winter in Europe. In turn, a large amount of sea ice in the Arctic increases the likelihood of a milder winter.