Space
This text can be copied
Beata Kołodziej 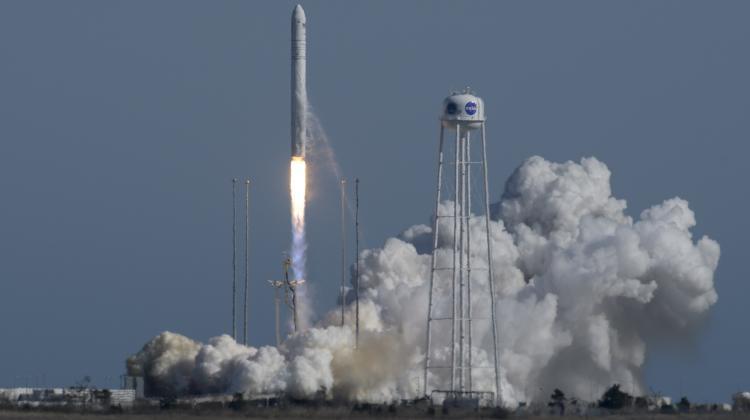 As planned, two Polish satellites were launched from the NASA center on the Wallops Island in the US on April 17 at 22:46 CET. KRAKsat built by students will carry out innovative tests; Światowid is the first Polish commercial and observation satellite.

The devices were placed inside the Cygnus spacecraft carried into orbit by the Antares 230 rocket. The rocket took off at 22:46 CET from the Mid-Atlantic Regional Spaceport at the Wallops Flight Facility on the east coast of the US. Research satellites from other countries also flew into space on board the spacecraft.

Polish satellites will remain in space for about a year, then they will burn in the atmosphere.

The student satellite KRAKsat will be the first in the world to test whether ferrofluid set in motion affects the position of the satellite in space. If ferrofluid in a spin motion causes a change in the speed and direction of rotation of the satellite, the system can be used to control the orientation of objects in orbit. Due to the low cost of this solution, its simplicity and reliability, a ferrofluid flywheel - according to students from Kraków - could be a competitive technology for those currently in use and revolutionize the global space industry.

KRAKsat also carries a microSD card with special content. This is the result of the campaign "I`m flying into space!" organized by students in January, thanks to which every space enthusiast could place any photographic or graphic content on the satellite. In total, over 1.2 thousand Internet users images were sent.

The device built by students from Kraków is a cube with dimensions of 10 x 10 x 10 cm.

The KRAKsat project was carried out by students of the AGH University of Science and Technology and the Jagiellonian University. This is the first satellite built in Kraków and the second Polish satellite built by students. In the opinion of students, a fact worthy of attention is that the satellite is entirely Polish-built, because Polish scientists usually build satellites in cooperation with scientists from other countries.

The second Polish device launched into space, Światowid, is a commercial and observational satellite. According to its creators, this is the first Polish satellite of this type. The device was built by SatRevolution, a Wrocław-based company founded in 2016. The task of Światowid is to monitor the Earth`s surface, including water status and air quality. Światowid`s dimensions are 20 x 10 x 10 cm.

Ferrofluid is a liquid with magnetic properties; a magnet attracts ferrofluid. The fluid was invented in the 1960s by NASA scientists; it was intended to attract fuel in a state of weightlessness. Ferrofluid is intensively studied all over the world and widely used in science, but also in art - for example as a material in artistic installations.