Launch of the Polish-Australian experiment with time crystals 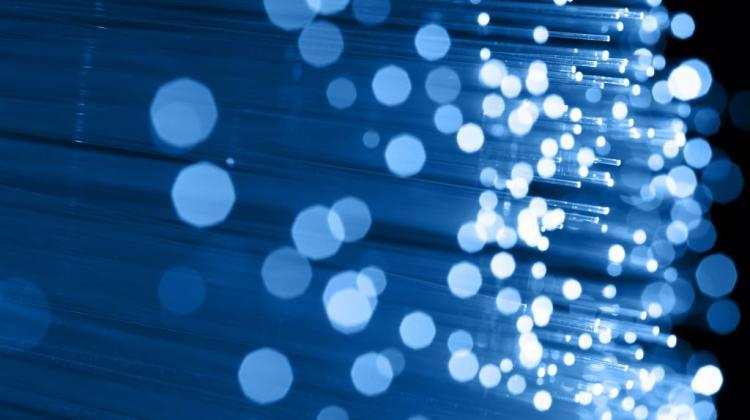 The Polish concept of time crystals will be realized in Australia for the first time in the world. A method of creating such crystals was developed in Kraków by Prof. Krzysztof Sacha. Thanks to particles reflected by atomic mirrors, scientists will study solid state physics from a completely new perspective.

A time crystal is a condition, in which particles organize their movements in a regular manner in time.

We have known spatial crystals for years; we encounter them in everyday life and in complex applications, as conductors or insulators. But time crystals are a relatively recent scientific concept that was initially considered impossible to realize. Over time, scientists have determined the conditions in which it is possible to observe the self-organization a system of many bodies in time.

"I imagined a physically very simple system. Let`s start with the ping-pong analogy. We can bounce the ball on the racket and keep it moving. Properly selected movement of the ball and racket will occur periodically, in an uninterrupted manner. Now let`s go back to science and replace the ball with a cloud of ultracold atoms, and the racket on an atomic mirror" - describes Prof. Sacha.

He explains that such a mirror is a beam of electromagnetic wave in the shape of a sheet that reflects atoms. If atoms interact weakly with each other, nothing interesting happens. But if atoms interact strongly enough, then a very specific state of the system occurs, which quantum physicists call the Schrödinger`s cat that is alive and dead at the same time.

"Any disturbance of this system, for example observation, measurement, causes the whole system to reorganize its movement. A new crystalline structure appears in time" - the professor says.

He published his paper on this subject in 2015. In 2016, American researchers realized other systems in the laboratory. They managed to create time crystals using a different method.

Now it`s time for an experiment based on the Polish idea. Professor Sacha will realize it in the group of Prof. Peter Hannaford from the Swinburne University of Technology in Melbourne. A three-year research project funded by the Australian Research Council launched on February 13. The Australian group specializes in atomic mirrors. The team from the Faculty of Physics, Astronomy and Applied Computer Science of the Jagiellonian University in Kraków calculated the parameters needed to realize time crystals.

"Together, we want to show that solid state physics can be observed in time. This has not been done anywhere in the world yet, it is a completely new area of science. The system created by American scientists does not allow to test various properties of solid state physics in time. In our system with atoms reflected by the mirror, we can realize very interesting effects known from the physics of spatial crystals - conductivity, isolators - that I hope will become the foundations of future applications" - says Prof. Sacha.

The professor argues that this direction of research has a future. He points out that the American defence projects agency (DARPA) has launched a competition for funding research related to time crystals.

"The field of time crystals has been initiated and is developing. It is a great satisfaction when your create a new area of knowledge. Because if I want to learn something, I can`t just look it up in a book, I have to come up with it myself" - says Prof. Sacha.

He adds that more and more research groups, both theoretical and experimental, are beginning to study time crystal. The element of competition stimulates scientists to work. Researchers ensure that each new discovery stays with their home scientific units, but also discuss their findings.

In September, the world`s first conference on time crystals organized by Prof. Krzysztof Sacha and Dr. Arkadiusz Kosior will be held in Kraków. Its participants will include some of the greatest quantum physicists. Among the guests there will be two Nobel prize winners: Wolfgang Ketterle and the author of the concept of time crystals, scientist of Polish origin Frank Wilczek.

The organizers have provided grants for selected students who would like to take an active part in the conference. The grants will cover the conference fee, as well as the costs of travel and accommodation in Kraków. Applications - a curriculum vitae with the promoter`s recommendation and abstract of the speech - can be sent by 30 April to the email address: info@timecrystals2019.org

More information on this subject and information about the conference can be found at: https://timecrystals2019.org

Professor Krzysztof Sacha in 1998 received a doctorate in physical sciences from the Jagiellonian University. In same year, he received a START stipend from the Foundation for Polish Science. He emphasizes that research done for the doctorate later allowed him to see the possibility of realizing time crystals. He is convinced that the support he received at that stage of his scientific work was crucial in his career development. He is currently an ambassador of the campaign #Jestemstartowcem. The campaign aims to collect funds, including 1 percent PIT donations, for funding additional scholarships for the best young scientists.