Researchers on how bees, wasps and a squirrel moved into the body of a hanged man 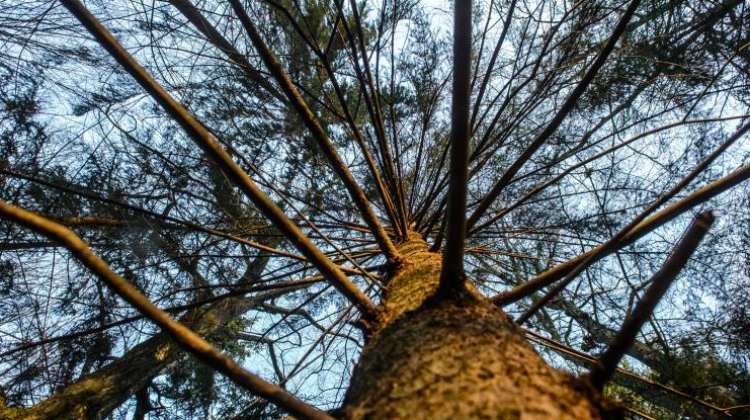 The world`s first case of nesting of honeybees, wasps and a squirrel inside a partially skeletonized and mummified human corpse found high in a tree has been described by a team of scientists from Wrocław.

Thorough analysis of medical and forensic entomology literature confirmed the uniqueness of the discovery. Researchers described it in the July edition of the prestigious journal "Forensic Science International".

"The uniqueness of our discovery lies in the fact that no one before us had the opportunity to describe a case of nesting of these species of animals inside a human corpse found in a tree" - says member of the team that investigates such phenomena, Dr. Marcin Kadej from the Institute of Environmental Biology, University of Wrocław.

"For us - biologists - this discovery is interesting because it brings a new perspective and gives us new information on the behaviour, ecology and biology of these animals" - emphasises the biologist.

According to the scientist, the body was discovered accidentally in 2016. The body of a man who probably committed suicide was spotted in a spruce in Lower Silesia, 25 meters above the ground. When it was delivered to the Forensic Medicine Department of Wroclaw Medical University, it turned out that it contained nests of common wasps, honeybees and a squirrel.

It also turned out that the man`s body was in the tree for 13 years from the moment of death and - despite the long period - the corpse was preserved in fairly good condition, it was partially mummified. According to the team of scientists, several factors contributed to this.

Firstly - according to Dr. Kadej - the body did not have contact with the ground, where it would be exposed to contact with predators and scavengers, such as fox or badger, which would inevitably contribute to faster degradation.

"Atmospheric conditions high in the crown of the tree are also completely different from those prevailing directly on the ground and had a big impact on how the body decomposed during that period. In addition, the vertical position caused certain decay processes that occurred directly in the corpse" - the scientist says.

An important factor that contributed to such a good state of preservation was the fact that the deceased had two pairs of trousers, which acted as a barrier against weather conditions and prevented fragmentation of the body.

The biologist says that the discovery brings a new look on the behaviour, ecology and biology of bees, wasps and squirrels. "We know a lot about where they nest, how they grow, what they prefer, but this discovery shows us that human bodies, if they meet the requirements of these organisms, can be a +home+ for them" - adds Dr. Kadej.

According to the scientist, the discovery does not contribute much to forensic entomology, because these species do not belong to the canon of animals that directly participate in decomposition processes of human corpses. The leading species in this regard are flies and beetles. On the other hand - in his opinion - this observation is interesting because it constitutes a precedent in broadly understood forensic entomology.

Above all, it shows that living organisms that occur in natural ecosystems use every opportunity to occupy the space available in the given place and time in the most optimal way and to the greatest possible extent.

The scientists says that in a sense the human remains found in the tree resembled a natural structure called a hollow, which is a very important microhabitat in the natural environment, occupied by very diverse organisms - from birds to various species of invertebrates.

"I think that this case perfectly shows how important type of structure is in space: most commonly old trees; in biology we often call them: veteran, senile, monumental. They often have structures like hollows, decaying trunks, bark dips that create perfect conditions for life cycles of many organisms. The species we have indicated fit in perfectly with this thesis" - concludes Dr. Marcin Kadej from the University of Wrocław