Heat menu for animals in the zoo: frozen fish and ice with fruits 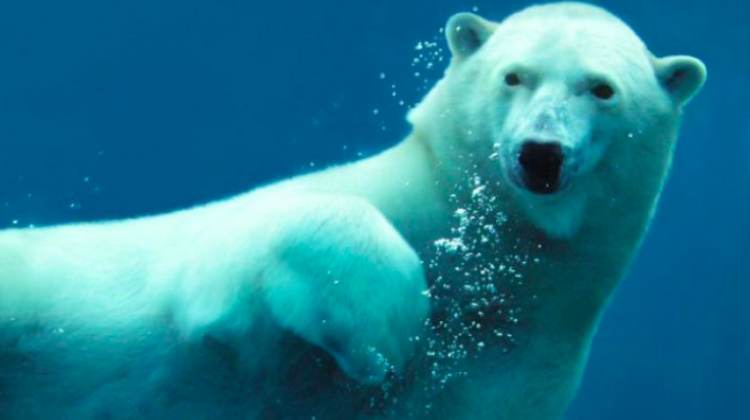 Ice with fruits, frozen fish, cold baths, refreshment in an air-conditioned room - all this helps the animals in the zoo survive high temperatures. The heat also affects domesticated quadrupeds. They must have permanent access to water.

"Our polar bears have constant access to an air-conditioned room and they can cool in it whenever they want" - says Ryszard Topola, head of department at the Warsaw Zoo. He assures that bears do not catch a cold as a result of temperature changes. He emphasizes that the caregivers monitor the animals and as soon as they notice something alarming, they immediately inform the vet.

For refreshment, polar bears also get fruity popsicles: apples, currants, gooseberries or mango frozen in water. To prevent the bears from catching a cold, the zoo employees give them frozen fruits in the morning and evening, during the baths in cold water pools. Bears like to play with ice cubes and eat fruits from them.

Frozen fruits - without ice - are also a treat for the red panda.

The favourite food of seals on hot days are frozen fish. For dessert, they get fish and frozen fruits. Joanna Kij, marketing specialist at Wrocław Zoo, explains that seals have a choice of ice cream from cooked fish jelly with pieces of fish and fish frozen in water served in cubes. They spend all day in pools with cool water.

Joanna Kij says that reindeers, which visitors associate mainly with winter and Saint Nicholas, cope with heat quite well. Because they are cooled through their legs, zoo employees have prepared wading areas for them. These are paths filled with water. The animals walk in water, cooling their legs and the whole body. They also have water curtains in their pen, which create a cool mist.

Although Indian elephants are used to high temperatures, they love baths. That`s why they have a daily shower and, on request, they can swim in the pool. Then, when they are still wet, they throw sand on themselves to protect skin from sun rays.

Collared mangabeys - monkeys from West Africa - are happy about the heat. Central bearded dragons from Australia and desert turtles from Africa also feel at home in this year`s heat. "Turtles are delighted, they`re literally running around with joy" - says Joanna Kij.

High temperatures affect not only zoo animals, but also house pets. Ryszard Topola reminds that animals must have access to water. "It should be changed several times a day to keep it cool" - he says. He also advises to walk dogs in the early morning and late evening when it is colder. Remember that dogs should have an opportunity to drink and rest on the way. They should not be pushed, for example, to run behind a bicycle.