Polish geologists explain the cause of one of the great extinctions 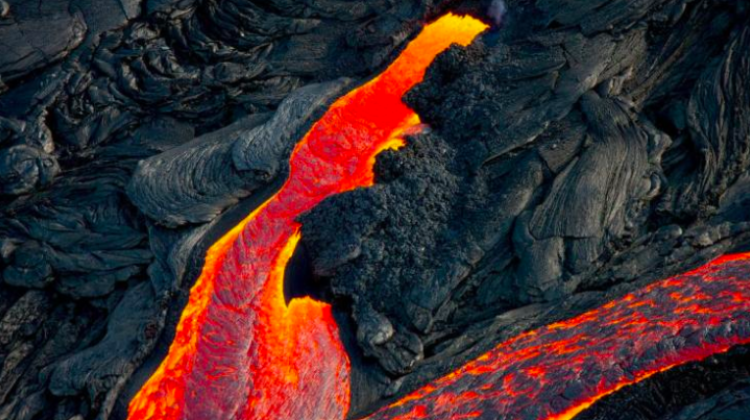 Big lava flows from volcanoes were the cause of one of the so-called great extinctions from the Devonian, scientists from the University of Silesia in Katowice say.

There were five mass extinctions in the history of the Earth, periods when many species died off rapidly as a result of global environmental factors. Dinosaurs were the victims of one of those events.

Anomalously high mercury concentrations have been documented in sediments formed during the four mass extinctions that occurred over the last 500 million years. It was widely recognized as the final proof of episodes of global volcanic cataclysm. However, similar data were not available for the great Late Devonian extinction that occurred 372 million years ago.

Geologists from the University of Silesia focused on that crisis. International grant MAESTRO financed by the National Science Centre and realized at the University of Silesia by the team led by Prof. Grzegorz Racki allowed to finally unravel the mystery of this "missing link". The team proved the presence of mercury anomalies in the Devonian profiles from Morocco, Germany and northern Russia. In the geological level in question, mercury content is up to one hundred times higher than the average in a given rock succession.

"The correlation of these anomalies over thousands of kilometres points to the global conditions of mercury inflow. It can be assumed that these were gas exhalations from the major lava discharges on the Siberian continent - which has long been suspected - although similar magma activity from this period is known also from the area of Belarus and Ukraine" - emphasises Prof. Racki.

Previous problems with the detection of Devonian mercury anomalies resulted mainly from the incompleteness of the sedimentary record or unfavourable conditions for the accumulation of mercury and preservation of the volcanic signal.

These findings have been described in an article published in a major geological journal "Geology" of the Geological Society of America by scientists from the Faculty of Earth Sciences of the University of Silesia in Sosnowiec: Grzegorz Racki, Michał Rakociński and Leszek Marynowski, and a well-known British geologist, Prof. Paul Wignall.