Dardziński: Recruitment for the Virtual Research Institute starts this year 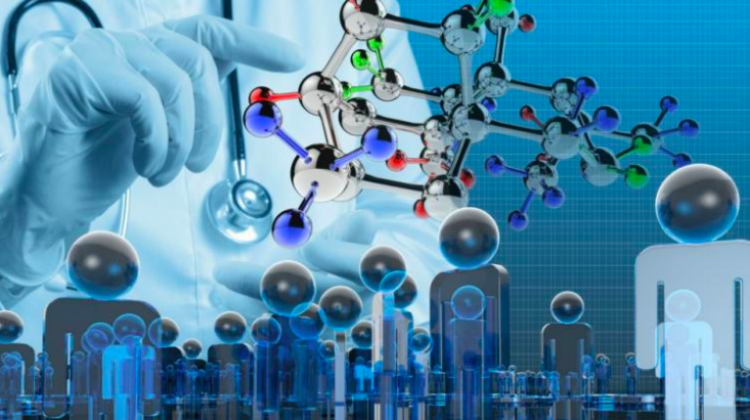 Recruitment for the teams of the Virtual Research Institute (Wirtualny Instytut Badawczy, WIB) will begin in the fourth quarter of 2018, announced Deputy Minister of Science and Higher Education Piotr Dardziński. The research agenda is expected to be ready earlier, by the third quarter.

Deputy minister Dardziński talked about the details and the current state of preparations of the Virtual Research Institute during one of the panel discussions at the 3rd Health Challenges Congress (HCC) in Katowice.

The concept was presented last year by Prime Minister Mateusz Morawiecki and Deputy Prime Minister, Minister of Science and Higher Education Jarosław Gowin. According to their announcements, the new institution will invest half a billion zlotys in biotechnology and biomedical research conducted in Poland.

Deputy minister Dardziński reminded that the Virtual Research Institute project was originally prepared by the then deputy minister of science, current health minister, Łukasz Szumowski. At that time, the ministry decided to allocate PLN 500 million from the state budget for the organization and operation the institute.

"The name + virtual + is literal in a sense, (...) the virtual institute will be based on the formula that we have copied from the Belgian experience. We want to create an institution that will not focus on buildings and laboratories - the laboratories we have are often not used to the extent that we would like them to be - and instead concentrate on building teams focused on quickly achieving clearly defined goals" explained Deputy Minister of Science.

"Recruitment for the Virtual Research Institute will start in the fourth quarter of 2018. We would like to build an organizational infrastructure by the end of June, which means we need to find an operator. It is not final yet, but it will probably be a subsidiary of company supervised by the Ministry of Science and Higher Education, EIT Plus in Wrocław, which itself has research infrastructure that can be used" - said Dardziński.

He noted that they would not be the same organization. "The company`s task will be to run the entire program: recruit experts who - in cooperation with government decision-makers - will specify the objectives to be achieved, prepare a research agenda. We should have a research agenda by the third quarter, and in the fourth quarter we should launch recruitment for the teams" - he announced.

He emphasized that the whole undertaking is focused on people who can flexibly (between existing research institutions, universities or enterprises) create teams for specific research projects, in accordance with the motto "people - knowledge - financing".

Deputy minister emphasised that financing projects will be long-term, so that the teams do not have to apply for additional funds every year. Referring to the amount of PLN 500 million for the institute, divided into 10 years (50 million per year) according to the assumptions, he noted that it would not be used to finance expensive clinical trials, but rather initial phase research.

"Other types of financial streams will be prepared to carry out or continue projects conceived in the Virtual Research Institute. We invest in the first, most difficult initial phase" - said Dardziński.

Minister Szumowski, who attended the same panel discussion, added that the institute`s task would not be to finance the creation of, for example, a new drug molecule, in the literal sense.

"There is a long way from basic research to a finished drug. But if we do not have the foundation that is basic research, initial phase research on medical devices, biotechnology, and molecules that are important in cells (...), then we will not have a sufficient number of start-ups that can later generate really innovative medical products" - stressed the Minister of Health.

Dardziński added that in that context - of basic research - medical devices or non-drug technologies would also have their place in the Virtual Research Institute.