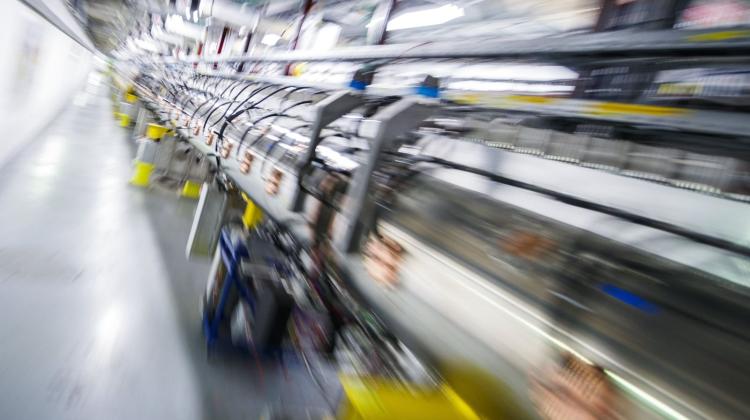 The launch of the Linac 4 accelerator was held last Tuesday in the European Organization for Nuclear Research (CERN). Some of its components have been manufactured in Poland. Linac 4 will improve the performance of the Large Hadron Collider (LHC).

The National Centre for Nuclear Research (Narodowe Centrum Badań Jądrowych, NCBJ) in Świerk spokesman Marek Sieczkowski informed about the participation of Poles in the construction of the accelerator Linac 4 in a release sent to PAP.

Linac 4, a nearly 90 m-long linear accelerator, initially accelerates particles subsequently fed to further accelerators of the Large Hadron Collider. Linac 4 will start its regular operations only after the long technical break in LHC operations, planned for 2019-2020. By then it must be thoroughly tested.

Linac 4 will accelerate hydrogen ions up to 160 million electron-volts kinetic energy, more than three times the energy achievable by its predecessor, forty years old Linac 2. At the same time, density of particle bunches will be increased more than twice, which will allow to generate more collisions studied in the LHC detectors.

Linac 4 is composed of as many as four accelerating stages, each accelerating the particles to higher energies. The last stage of acceleration from 102 MeV to 160 MeV kinetic energy occurs in 12 accelerating Pi-Mode Accelerating Structures (PIMS) manufactured by the National Centre for Nuclear Research in Świerk. "Each of the 12 accelerating structures built by NCBJ is 54 cm in diameter and 150 cm long" - explained Prof. Sławomir Wronka, Head of the NCBJ Particle Acceleration Physics & Technology Division. "Each structure houses 7 resonating cavities. 300 MHz microwaves propagating through the cavities accelerate bunches of charged particles traversing the cavities along their axes".

According to the NCBJ release, the delivery of the CERN order required competence at the highest level. "Our CNC machines have machined 26 tons of copper to high accuracy reaching 20 microns" - said Eng. Marek Marczenko, from NCBJ Nuclear Equipment Division. "Similar precision was needed at various other operations, including vacuum soldering of 12 input power resonators, each with a diameter exceeding 50 cm. Key operations were accomplished by operators wearing white latex gloves in order to exclude a possibility that any dirt deposited from hands might change the electric parameters of the details being produced and/or processed surfaces. Each of the manufactured structures was extensively tested (metrology, vacuum, ultrasounds, electromagnetic properties). It was very satisfying to learn in October 2016 (when the first Linac 4 run took place) that all the components we had produced were working well and perfectly cooperated with upstream structures of the Linac 4 machine".

PIMS are not the only NCBJ contribution to Linac 4. Scientists from Świerk also made the buncher - one of the first Linac 4 structures. The buncher\'s task is to group the particles in the so-called bunches, which are then accelerated in subsequent stages. "PIMS-es would not be possible without the earlier made buncher" - said Eng. Marczenko. "It was a great lesson on how to manufacture large components with such a high precision".

"Our capabilities to discover new mysteries of our Universe depend on performance of the largest research facility on Earth" - explained Dr. Krzysztof Kurek, NCBJ Director General and a member of the LHCb experiment team. He commented: "Participation in development of such a large research facility gave us plenty of know-how and was an opportunity to build in NCBJ one of the few teams of experts on accelerating structures across the world. We are making a good use of the competences of those experts not only to develop research facilities, but also to develop accelerators applied in medicine, industry and border security scanners".