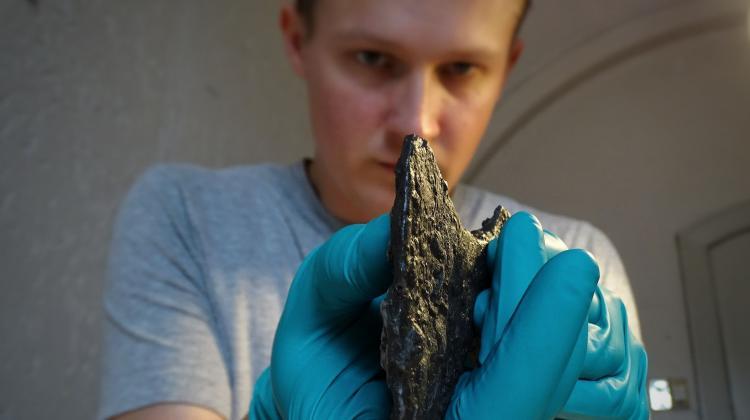 Possible grave of a Slavic warrior woman has been identified by Dr. Leszek Gardeła. Archaeologists discovered it many years ago in the Viking cemetery on the Danish island of Langeland. But until now they did not notice a typical Slavic axe.

Militant Viking women have been popularised in recent years in mass culture by the popular TV series Vikings. Dr. Leszek Gardeła from the Department of Scandinavian Languages and Literatures at the University of Bonn decided to take a closer look at this little researched issue.

"During the search in archives and museums, I came across the grave of a woman buried with a weapon in a medieval cemetery on the Danish island of Langeland" - Dr. Gardeleła says in an interview with PAP. "So far, no one has paid any attention to the fact that the axe in the grave comes from the area of the southern Baltic, possibly today`s Poland".

According to the researcher, both the form of the burial - a chamber grave with an additional coffin - and the discovered weapon suggest that the deceased woman could originate from the territory of present-day Poland, therefore she could be a Slav. It is known that the burial is just over a thousand years old, as evidenced by an Arab coin from the 10th century found in the grave. The scientist emphasizes that it was the only grave in this cemetery that contained weapons.

"The presence of Slavic warriors in Denmark was more significant than previously thought; this image emerges from new research" - adds Dr. Gardeła and points out that the presence of a possible Slavic woman buried in a Danish cemetery is not necessarily surprising. "During the Middle Ages, this island was a melting pot of Slavic and Scandinavian elements" - the researcher emphasises. 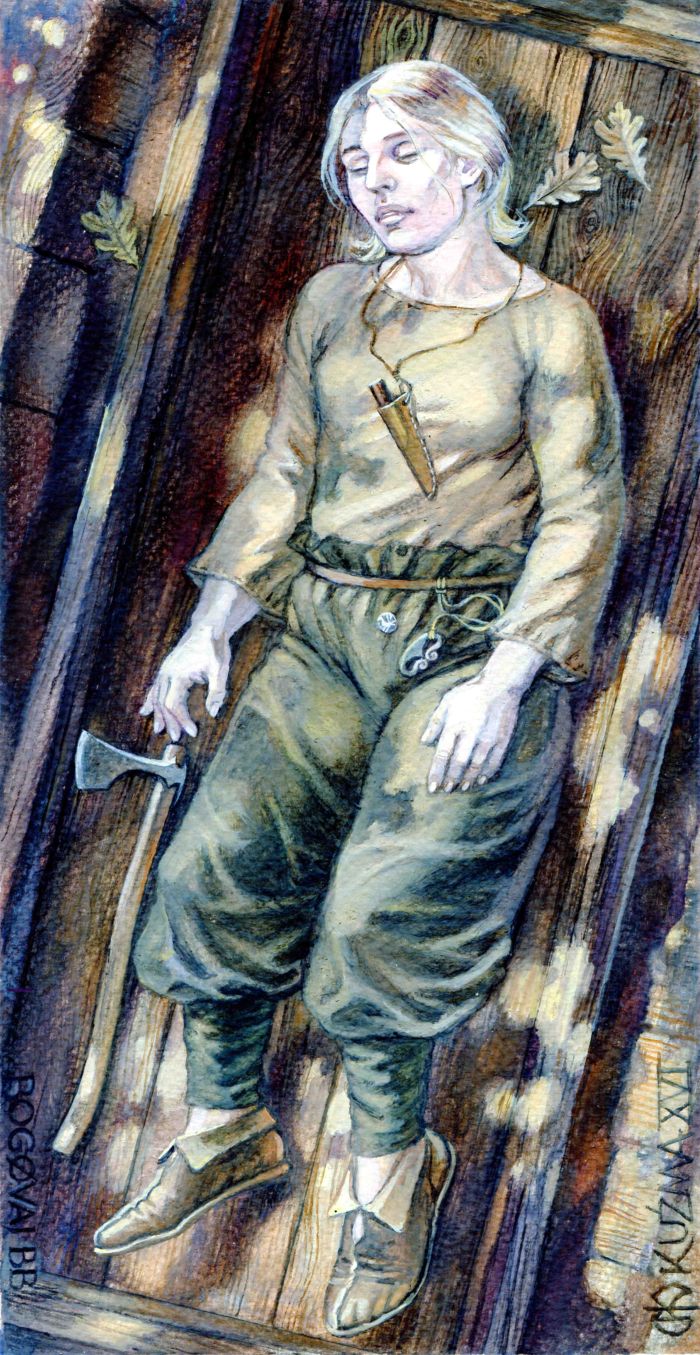 The grave in Bogøvej, Langeland, Denmark.

Artist`s reconstruction of the grave in Bogøvej on the island of Langeland in Denmark, where a woman with an axe from the South Baltic area was buried. Fig. Mirosław Kuźma.

The objective of Dr. Gardeła`s extensive project is to collect all information about 9th-10th century women`s graves from the in the area of Denmark, Sweden and Norway, which contain weapons. Until now, it was believed that there were about 20 of them. Thanks to the search of the Polish researcher, this number increased by another 10, including the grave of the alleged "Slavic woman".

Women`s graves are most often equipped with axes, less frequently arrowheads or spears. In addition to real weapons, in numerous women`s graves there are also miniatures of weapons in the form of, for example, small shields, axes or swords. It is a mystery for researchers whether it means that those women were warriors. The old Icelandic texts, especially the so-called legendary sagas, in addition to the warlike and beautiful Valkyries, also mention dragons, trolls and... flying carpets. "There are many female warriors - they participate in expeditions in full gear, they even lead entire armies to attack" - describes Dr. Gardeła.

Unfortunately, bones are not preserved in most graves from this period. It is therefore difficult to say how people buried there died, or unambiguously confirm their biological sex. Researchers are convinced that some of the graves containing weapons are women`s burials mainly because of additional equipment, for example typically female ornaments and jewellery.

"Fortunately, in the case of the grave of the alleged Slavic woman, the bones have survived, but no injuries are visible that could point to the cause of death" - the archaeologist adds.

Unfortunately, it is not always possible to unambiguously determine the purpose of the weapons found in women`s graves. "Some of the axes are so badly preserved that such analyses are not possible. Those that are in a better condition look as if they were placed in the grave just after being made - it may be due to the fact that their blades were sharpened, hence there are no nicks on them. But it is possible that some weapons were made specifically for the funeral" - he points out.

Based on his research, Dr. Gardeła draws the conclusion that in the world of Vikings, women used weapons only occasionally, and tales of Amazons are legends. They sometimes used weapons for ritualistic purposes (for example magical or divination ceremonies), or in self-defence. However, this was not a common phenomenon. 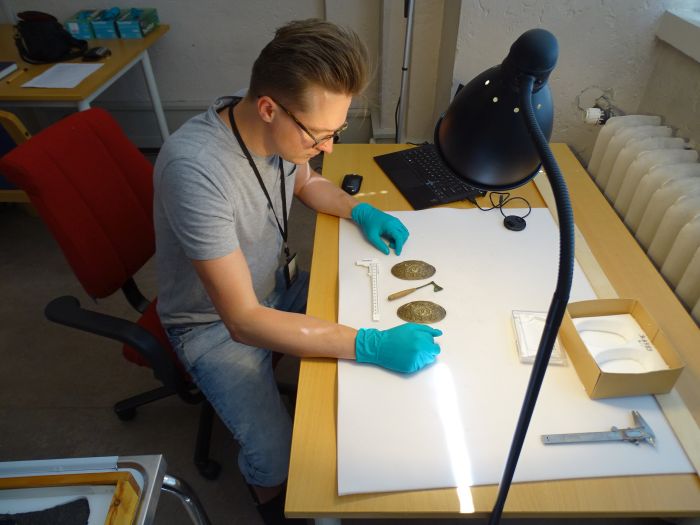 This year, the researcher published his findings in the book "Magia, kobiety i śmierć w świecie wikingów" ("Magic, women and death in the world of Vikings").