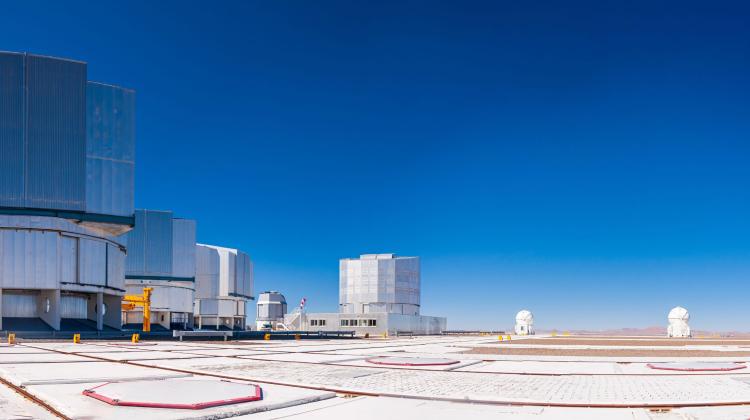 Stunning new photographs from an international team of scientists show dozens of asteroids and minor planets in the main asteroid belt between the orbits of Mars and Jupiter.

Captured using the VLT telescope of the European Southern Observatory, the images have been hailed as a major leap forward in the study of the objects helping astronomers understand the origins of asteroids in the Solar System.

Project leader Pierre Vernazza from the Laboratoire d'Astrophysique de Marseille in France said: “Only three large main belt asteroids, Ceres, Vesta and Lutetia, have been imaged with a high level of detail so far, as they were visited by the space missions Dawn and Rosetta of NASA and the European Space Agency, respectively.

“Our ESO observations have provided sharp images for many more targets, 42 in total.”

The lack of detailed observations meant that key characteristics of asteroids such as their 3D shape or density had remained largely unknown. To fill this gap, Vernazza and his team conducted a thorough survey between 2017 and 2019.

A compilation of images of 42 of the largest objects in the asteroid belt, located between Mars and Jupiter. The images of the asteroids have been captured with ESO's Very Large Telescope in Chile. Credit: ESO/M. Kornmesser/Vernazza et al./MISTRAL algorithm (ONERA/CNRS).

Most of the 42 studied objects are larger than 100 km in size; the team imaged nearly all of the belt asteroids larger than 200 kilometres (20 out of 23 in the main asteroid belt). The two biggest objects were Ceres (940 km) and Vesta (520 km), the former even categorized as a dwarf planet. The two smallest asteroids in the sample are Urania and Ausonia, each only about 90 kilometres.

The reconstruction of the objects’ shapes showed that the asteroids are mainly divided into two families. Some are almost perfectly spherical (for example Hygiea and Ceres), others have a more peculiar, elongated shape (the most bizarre of them being the 'dog-bone' asteroid Kleopatra).

These large differences in density suggests that the asteroids' composition varies significantly, which may mean that they originate from different regions of the Solar System. The results support the theory that the least dense asteroids formed in the remote regions beyond the orbit of Neptune and then migrated to their current location.

Scientists hope that if in a few years, when the Extremely Large Telescope (ELT), currently under construction in Chile, starts operations, they will be able to study objects with diameters down to 35 to 80 kilometre from the surface of the Earth, as well as the craters on their surfaces measuring from 10 to 25 km. They also might be able to image dozens of objects in the distant Kuiper Belt, a cluster of asteroid-like objects.

There are many Polish names among the authors of the article published in Astronomy & Astrophysics: Edyta Podlewska-Gaca, Przemysław Bartczak, Grzegorz Dudziński, Agnieszka Kryszczyńska, Anna Marciniak, Tadeusz Michałowski, J. Krajewski (all from the Astronomical Observatory Institute of the Adam Mickiewicz University in Poznań) and Łukasz Socha (Nieborowice). Astronomers from Poznan specialise in the study of asteroids, and in particular modelling their shapes. (PAP)