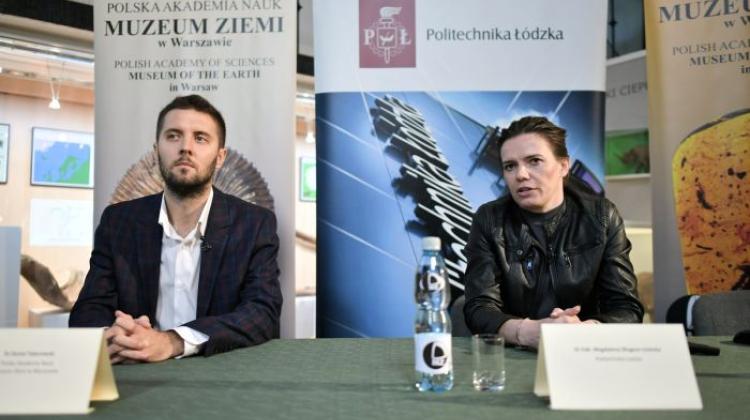 Polish scientists who have discovered that fossils emit radiation are now trying to find practical uses of the find, and to find out how many on the market are fakes.

They found uranium 238 and 235 and their derivatives - thorium 238 coming from the oldest from a few hundred million years ago, including Palaeozoic invertebrates (corals), and the youngest from several dozen thousand-year-old Pleistocene megafauna bones (including mammoth, woolly rhinoceros and cave bears).

The fossils come from various regions of the world, including Poland, France and Morocco.

Dr. Daniel Tyborowski from the Museum of the Earth in Warsaw said: “The radiation emitted by our specimens is not harmful.

“We found that the radiation values of fossils significantly differed from each other. Fossils that contained phosphorus radiated more strongly. Vertebrates have a phosphate skeleton, which causes higher radiation values. And indeed, when we analysed the bones of Pleistocene mammals (mammoth, rhinoceros) are these specimens had increased radiation values.”

He added that the amount of radiation depended on the environment in which the fossils formed and the type of sedimentation, in which they were fossilised.

Radiation levels were particularly high in fossils from Morocco. Tyborowski said: “This place is famous for outcrops of phosphate rocks. Specimens in the form of shark or mosasaur teeth found in those rocks had higher radiation values. This means that the fossilisation environment is crucial for the radiation level.”

High values were also recorded in the case of 160 million year old fossils of invertebrates from France, including ammonites and oysters that do not have phosphate skeletons. Dr. Tyborowski said: “They were preserved to our times thanks to the phosphatisation phenomenon. Originally their skeleton was carbonate, but the processes in rock preserved them thanks to the inflow of phosphates from the environment - this is phosphatisation.”

But although that still seems a distant prospect as, according to Tyborowski “preliminary analyses show that the radiation level does not depend on the age of fossils,” they could be used to determine if the specimen is a counterfeit.

He continued: “Moroccan specimens, which are very popular on markets and auctions, often turn out to be counterfeit. Moroccans specialize in creating excellent counterfeits. The technological process, in which the counterfeit is made, has different isotopic signatures that can be captured with specialized equipment.”

He added that the discovery could also be used to search for radiation emitted by phosphatised specimens, for example in a quarry.

According to Tyborowski, the research has high potential thanks to the interdisciplinary research team that includes a palaeobologist, a radiation chemist and a geologist.

The phenomenon of fossil radiation (dinosaur bones) was reported a few dozen years ago by Professor Zbigniew Jaworowski.

But according to Dr. Tyborowski, the information was treated as a curiosity at the time and the reasons for the phenomenon were not explained, because Beta radiation was discovered by accident.