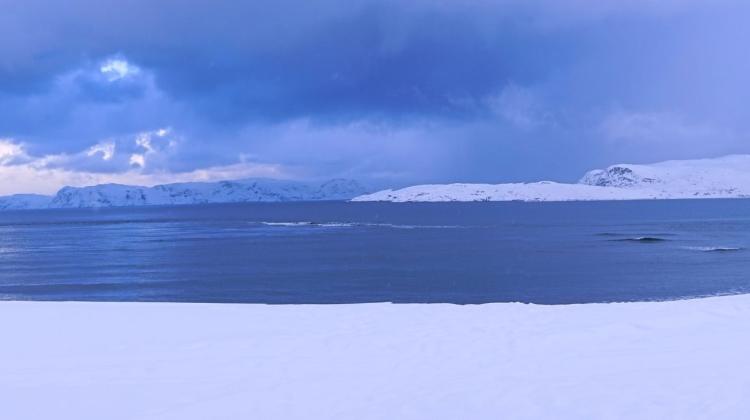 Scientists are investigating the extent to which climate warming affects the waters of Siberia and what pollutants could be released from the thawing permafrost.

Carrying out research in the Russian Arctic, the inter-university team from Gdańsk and Bydgoszcz (leaded by Professor Danuta Szumińska from the Institute of Geography Kazimierz Wielki University in Bydgoszcz) analysed the degree of release of various types of pollutants from thawing permafrost and their penetration into rivers and lakes.

Research was carried out near the so-called Pleistocene Park, a place where Russian specialists have been working since 1988 on the reconstruction of grass ecosystems by grazing large herbivores.

Dr. Małgorzata Szopińska from the Faculty of Civil and Environmental Engineering in Gdańsk said: “We collected water samples from rivers and lakes supplied, among other things, by water from thawing permafrost and ice to determine whether the pollutants we measured could be released from it in significant amounts.”

Dr. Krystyna Kozioł from the Faculty of Chemistry at Gdańsk University of Technology added that measurements of the concentrations of polycyclic aromatic hydrocarbons from combustion of organic matter, including fossil fuels and biomass, the sources of which include forest fires, can be “carcinogenic, all are very stable and harmful to ecosystems already exposed to a variety of stress factors.

“We have to act today to reduce the combustion of fossil fuels and emissions of greenhouse gases as soon as possible, because fires and potential emissions of pollutants from thawing permafrost are just some of the many effects of climate change.”

The problem is not limited to Siberia. The researchers emphasise that even distant parts of the Earth are closely connected to each other. For example, as Dr. Kozioł explains, one of the large rivers of Siberia supplies water to the Arctic Ocean. At the same time, permafrost thawing caused by climate change will accelerate.

She added that the climate forecasts are serious. It is likely that by the end of the century, the temperature will rise not by 1.5, but by 3 degrees C compared to the pre-industrial times. She said: “The effect strongly depends on the action that humanity collectively takes to reduce greenhouse gas emissions, and we should fight for every fraction of a degree less. The awareness of the long-term, diverse effects of climate change helps to face them, accept the difficult truth and take appropriate action to limit their negative aspects.

To obtain valuable knowledge, the researchers had to deal with unusual conditions.

Dr. Kozioł said: “Before departure, we were warned that the temperatures at the research site are above 30 degrees Celsius. Siberian years can be warm, it's a continental climate after all, but 32 degrees in Kolyma is a lot! Temperatures as high as +48 degrees Celsius were recorded in the region (Sakha). Although I had read articles on fires in Siberia earlier, I was surprised by the sky obscured by smoke and cancelled flights in Yakutsk. Natural disasters really make a huge impression.”

Professor Danuta Szumińska's project PollAct was financed by the International Network for Terrestrial Research and Monitoring in the Arctic (INTERACT) as part of an international infrastructure sharing programme. It is part of the activities of this interdisciplinary scientific group. The Gdańsk University of Technology informed about the research project on its website.