Researchers working on the first test for early detection of endometriosis 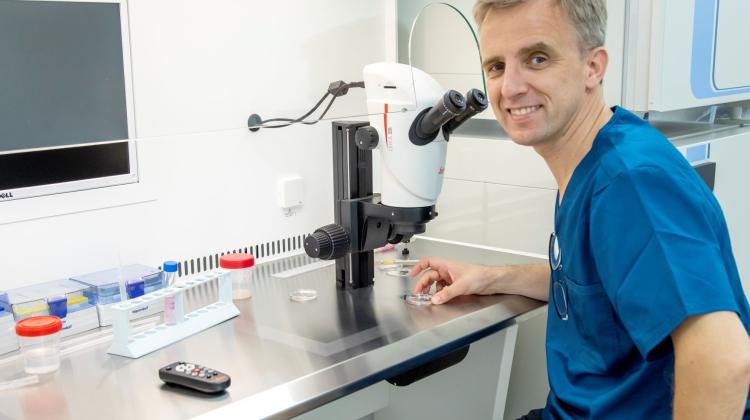 A group of international experts are working on a simple, cheap and effective test for the early detection of endometriosis.

In many women, this disease is only diagnosed after a few years, with millions worldwide struggling with the symptoms but unaware that they suffer from a serious disorder that threatens infertility.

The cause of the disease is the growth of the uterus' mucous membrane outside the uterus, within the abdomen. Although the most common symptoms are known, including strong pain during menstruation and sexual intercourse and chronic pelvic pain, the correct diagnosis of the disease takes years, and affected women are at a higher risk of ovarian cancer. Untreated endometriosis may lead to infertility.

Professor Piotr Laudański from the First Department of Obstetrics and Gynecology at the Medical University of Warsaw said: “Endometriosis is a serious condition. It is one of the most common chronic diseases in women of childbearing age, which causes ailments in every tenth woman.

“This means that one in ten women between 18 and 45 will have symptoms related to endometriosis. Additionally, 30 percent of women with endometriosis have problems with getting pregnant.”

Although an ultrasound gynecological examination is most often used in the diagnosis of the disease, it can only be presumed that the patient suffers from endometriosis. To confirm the diagnosis, it is necessary to perform an expensive laparoscopic procedure, consisting in surgical collection of the affected tissue sample and histopathological examination. For many women, the high price of the procedure prevents access to this diagnostic method.

Professor Laudański said: “Another problem is that most women do not want to have a surgery right away. Symptoms such as pain can be treated, for example, with contraceptive pills. But this only delays the final diagnosis. This makes the period from the first symptoms to the final diagnosis of endometriosis very long all over the world. According to Swedish calculations, the average time needed to put the final diagnosis is nine years.”

Endometriosis has four stages of advancement. The higher the stage, the more severe the symptom.

As part of the 'Translational Research on Endometriosis - TRENDO’ project  financed by the European Union, the international team is searching for endometriosis biomarkers that would determine whether the patient suffers from endometriosis, without the need for surgery.

They will also develop non-invasive diagnostic tests that will lead to shortening delays in diagnostics and eliminate the inequality of access to expensive healthcare.

Professor Laudański said: “The proposal of my participation in the project is related to my research carried out in Poland. A large, multi-centre project I coordinate, which is now near completion, consists of recruiting patients with endemetriosis in eight centres in Poland, collecting material and searching for potential endometriosis biomarkers with modern techniques used in proteomics.

“We hope that together we will create an interdisciplinary team, which will develop the foundations of an integrated diagnostic test, which in turn will enable patients to detect endometriosis earlier. This is the direction we are going.”

He continued: “The first concepts for endometriosis etiology come from the 1930s. The famous John Sampson theory appeared then, according to which endometriosis was caused by retrograde menstruation. Sampson argued that during menstruation, the endometrial debris is discarded, but some of it flows back into peritoneal cavity with menstrual blood. This situation occurs in the majority of women. It is unclear why in 10 percent of women endometrial cells implant and grow improperly, causing endometriosis.”