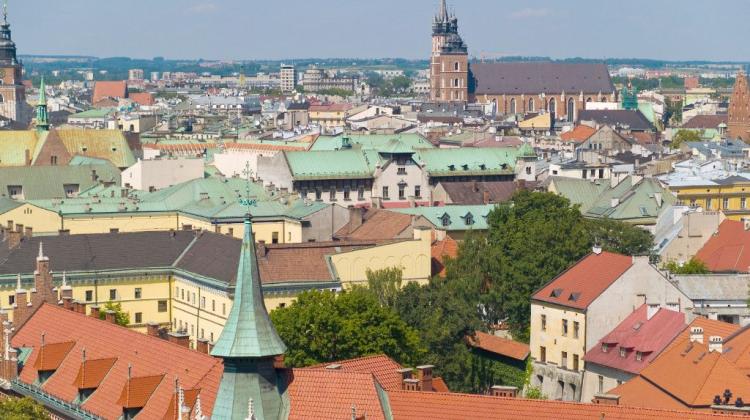 Scientist say they can identify with 90 percent accuracy where people have been in the world simply by analysing microbes left on the soles of their shoes.

An International team including researchers from Jagiellonian University sequenced, analysed and determined the species of microorganisms identified in 4,728 samples taken from 60 cities on six continents.

In addition to separate microbial 'fingerprints' of different cities, the analysis revealed a core set of 31 species that were found in 97 percent samples from the studied urban areas.

Researchers identified 4,246 known species of urban microorganisms, but also said that further sampling would allow them to discover species that have never been seen before. According to the Jagiellonian University website, this reflects an unusual potential of research related to the diversity and biological functions of microorganisms occurring in urban environments.

The consortium project began in 2013, when Christopher Mason began to collect and analyse microbial samples in the New York subway system. After the publication of the first results in the journal Cell (https://www.cell.com/cell/fulltext/s0092-8674 (21)00585-7), he was contacted by researchers from all over the world who wanted to do similar studies in their cities.

In 2015, global interest inspired Mason to create an international consortium MetaSUB (Metagenomics and Metadesign of Subways and Urban Biomes).

In the coming months, a microbiological 'fingerprint' of Kraków will be presented.

One of the first to join was Dr. Paweł Łabaj from MCB UJ, who previously collaborated with the American scientist on other projects. As a leading member of the international MetaSUB consortium, he was first the lead researcher in Vienna, and now in Kraków where he plans to create a microbiological ‘fingerprint’ in the coming months.

He also coordinates the work of the European consortium partners in the MetaSUB Europe Society. The main project of the consortium is the global City Sampling Day (gCSD), which takes place every year on June 21.

Kraków joined gCSD in 2020, when volunteers collected samples at stops and in trams from ticket vending machines, seats, handrails, handles of tram lines 52, 50 and 14. Additional samples were collected with an air sampler in tunnels near the Main Railway Station.

This year, the sample collection will be repeated, and based on the results from both years. Dr. Łabaj and his team will present the microbiological 'fingerprint' of the Kraków urban space. The project is carried out in cooperation with the city authorities.

The MetaSUB consortium also conducts other studies, including a comprehensive microbiological analysis of urban surfaces and mosquito populations before, during and after the 2016 Summer Olympic Games in Rio de Janeiro.

Another project, started in 2020, focuses on the study of SARS-COV-2 and other coronaviruses in domestic cats . A project related to the 2021 Olympics in Tokyo is also planned.

The consortium has expanded its activity to collecting samples from air, water and sewage, not only from hard surfaces. (PAP)