Health
This text can be copied
Agnieszka Kliks-Pudlik 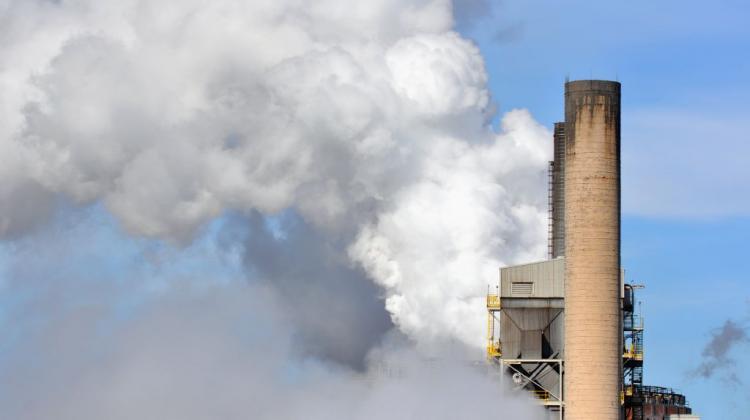 Atmospheric dust particles including uranium oxides and metal sulphides can cause the calcification of lungs, composed of calcium Mg-calcite and calcite, pioneering research from the University of Silesia in Katowice shows.

In addition, researchers suggest that this process progresses with age, due to the accumulation of atmospheric dust inhaled throughout life in the lungs.

The research carried out by a team of mineralogists from the Institute of Earth Sciences under the supervision of Professor Janusz Janeczek,

examined the lung tissues of 12 people of all ages who lived in the region, died from non-pulmonary disease and were not professionally exposed to dust.

Professor Janeczek said: “We used transmission and scanning electron microscopy. This is a pioneering research when it comes to the so-called general population; our article is the eighth paper on this topic in world literature.

“Our team was the first to find that inhaled ambient air-dust particles settled in the lung right lower-lobe induce local calcification. This is because the body tries to isolate the insoluble dust particles from the surrounding tissues, surrounding them with a calcareous coat.”

Among the particles of atmospheric dust causing calcification of lung tissues, Silesian mineralogists observed uranium oxides, metal sulphides and a number of common minerals in the air, such as quartz, enamel spheres and even gold particles.

The researchers suggest that increased lung calcification observed in the elderly is caused not only by physiological causes, but also by dust pollution in the air, because with age the amount of atmospheric dust particles accumulated in the lungs increases, and the degree of calcification of the lung tissues increases with them.

Janeczek said: “Does this translate into our health? I do not have an answer. But the puzzling fact is that we have an additional factor causing the amount of calcium carbonate in the lungs to increase. Lung calcification is not neutral: calcified parts are practically no longer involved in the work of the lungs, so in my opinion it is important, if only for our health comfort.”

In addition, researchers found no simple correlation between cigarette smoking and the degree of lung calcification. Janeczek said: “Although we only had a small sample, we don't want to draw too far-reaching conclusions, but our predecessors around the world considered these calcium carbonates to be the result of either purely physiological changes or smoking. And we were able to conclude that, at least in large part, these particles were formed as a response of the body to mineral particles deposited in this lower part of the lung.”

Scientists plan to continue research that would explain why they observed so little calcium phosphate, which is common in the literature, and what the role of magnesium is. They are also waiting for a response from the medical community, especially pulmonologists.

Janeczek said: “This research is worth continuing. It is also undoubtedly one more contribution to the discussion about the health effects of poor air quality and the effects of long-term inhalation of these smallest dust particles. How can we prevent excessive dust presence in the air we breathe? The answer is very simple, we need to eliminate the sources of these dusts, namely low emissions, because this is the main problem.”

A paper on the topic has been published in the international scientific journal Minerals. The team members were: Professor Janusz Janeczek, Dr. Mariola Jabłońska and Dr. Beata Smieja-Król.