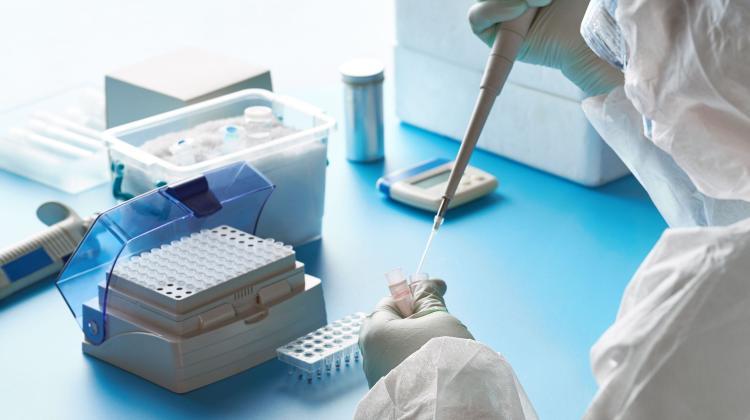 A leading oncologist and immunologist says Poland now has the prototype vaccine against SARS-CoV-2 and is moving to the stage of molecular characterization and preparation for clinical trials.

Professor Andrzej Mackiewicz and a team of scientists from the Medical Biology Centre of the Medical University in Poznań, say that although over 120 teams of scientists worldwide are working on creating a vaccine, the Polish vaccine is fundamentally different from those being developed by the Americans or the Chinese.

He said: “Their vaccines use the concept of preventing infection of healthy people by antibodies that target the SARS-CoV-2 virus. But according to recent scientific reports, antibodies are not produced at all in some COVID-19 patients, and activated immune cells fight against the disease. Moreover, antibodies obtained from convalescents or artificially created exhibit very limited effectiveness.”

In addition to the production of antibodies, the Polish vaccine will activate the missing cellular defence mechanisms that selectively target the virus.

Professor Mackiewicz added: “Our vaccine, which we call CovidVax, triggers similar immune mechanisms in the body as the cancer vaccines that we have been making for 30 years.

“The advantage of our vaccine is that we inject people with virus fragments and they don't have to be produced, for example, in a human muscle, as is the case with vaccines developed by Americans.”

Currently, the team has developed two types of vaccine: a mouse and a human one.

Mackiewicz said: "Within two weeks, we will administer the mouse vaccine to animals to verify the induced immune mechanisms that we expect. On this basis, appropriate tests will be developed that will be used to monitor the effects of the vaccine in human clinical trials.

“Initially, we plan to vaccinate a group of people aged 18-60. We already have volunteers willing to test the vaccine.”

He added that he also has a production line designed for the melanoma vaccine, which could be used in the first stage to produce CovidVax.

He said: “We want to start as soon as possible. In this case, it is advisable to hurry the work on the vaccine, because without a vaccine we have no chance of stopping the coronavirus pandemic. The development of our own Polish vaccine is extremely important, because other countries will manufacture their vaccines for their own citizens first, and we will have to wait. Besides, it will be buying a proverbial pig in a poke, because we will not have information on the effectiveness of these vaccines, or insight into the research.”

Professor Mackiewicz's team is also working on targeted immunotherapy for cancer patients infected with the SARS-CoV-2 coronavirus. Its aim is to inhibit the development of the virus with simultaneous anti-cancer effect.

His team is currently preparing documentation for the European Medicines Agency and the FDA in the US with an application for approval of fast track legalization. After passing the audits in Poland, carried out by the Chief Pharmaceutical Inspector, an agency of the European Medicines Agency, the team will be able to start the phase of production and testing the vaccine on humans.