Two drugs administered together destroy cancer more effectively than one and are less harmful, scientists find 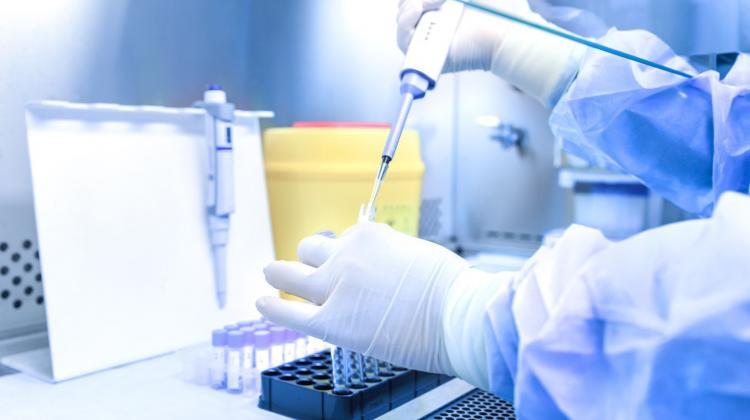 Simultaneous administration of two drugs with the use of nanotechnology reduces tumours faster and is less harmful to healthy cells, argue scientists from the National Medicines Institute and the University of Warsaw.

This effect occurs with the administration of two substances: doxorubicin and sulforaphane, which was established by Professor Katarzyna Wiktorska from the National Medicines Institute and Professor Maciej Mazur from the Faculty of Chemistry, University of Warsaw.

Doxorubicin is an antibiotic commonly used in cancer treatments. Sulforaphane, on the other hand, is a substance of plant origin, found mainly in cruciferous plants and their sprouts, including Brussels sprouts, cabbage, broccoli, cauliflower, kohlrabi, as well as in kale, turnips and radishes.

The research was carried out in vitro (in a test tube, with the use of neoplastic tissues and healthy tissues), as well as in vivo, (on animals, in this case mice). The rodents were implanted with one of the most difficult to treat breast cancers, the triple negative breast cancer.

As part of the research, doxorubicin and sulforaphane were administered in an aqueous solution in liposomes, double-layered phospholipid vesicles with a diameter of 80 nanometers, which was crucial for achieving such good results.

Tumour tissues have a slightly different structure of blood vessels compared to healthy tissues. Neoplastic cells that multiply quickly have a high demand for nutrients. The blood vessels surrounding them tend to be porous and their walls are more permeable.

“By using the right size of liposomes, we can therefore selectively target larger amounts of drugs to cancer cells, while limiting the amount that reaches healthy tissues, where liposomes of this size can hardly pass through blood vessels. In our research, we wanted to assess to what extent the therapy we are working on could be targeted and specifically affect cancer cells. The results look very promising so far,” says Professor Wiktorska.

It turned out that administration of both substances with the use of liposomes leads to a greater accumulation of doxorubicin in the cells. Sulforaphane causes the cell-killing antibiotic to remain longer in cellular structures; the research conducted earlier by the team shows that sulforaphane inhibits enzymes that degrade doxorubicin molecules in cancer cells. As a result, these cells die faster.

Co-researcher Professor Maciej Mazur says: “But the most interesting thing is that when liposomes are used in healthy cells, doxorubicin is not as toxic as in cancer cells. This is a very important discovery that shows that in the future, doxorubicin-based chemotherapy does not have to be so toxic and devastating for the whole body, but may much more effectively kill cancerous tissues.”

Doxorubicin, used in chemotherapy, is an effective drug, but it acts directly on the genetic material of cells, preventing them from dividing, and thus leading to their death. When the drug is not selective, it kills cancer cells but also destroys healthy cells.

The most undesirable side effects of systemic use of doxorubicin include damage to heart muscle cells and bone marrow suppression (slowing down the production of lymphocytes and other blood cells), including dose-dependent leukopenia and/or neutropenia. Importantly, in the treatment with doxorubicin, the maximum allowable dose of the drug should not be exceeded. That is why targeted drug delivery to the tumour cells would be so important.

“This project is so advanced that it requires a lot of funding from an external entity that in the future will have an impact on the use of research results in real therapies. Acquiring such a partner will allow us to go through all the required further stages, starting from toxicity testing, confirmation of the optimal concentrations of both drugs for the best treatment effects, to clinical trials. We realize that although the research conducted so far has promising results, the further path to the implementation of innovative therapy may take several years,” says Dr. Robert Dwiliński, head of the University Centre for Technology Transfer of the University of Warsaw.