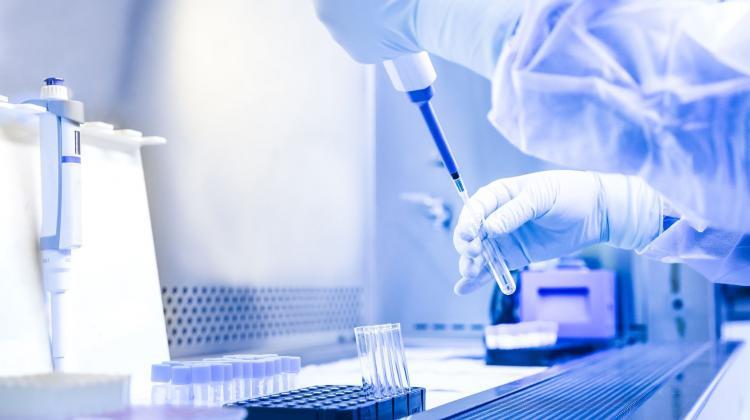 A Gdańsk scientist is looking at how immune proteins from interferons can help in the fight against COVID-19.

Virologist Dr. Alicja Chmielewska from the Intercollegiate Faculty of Biotechnology of the University of Gdańsk and the Medical University of Gdańsk said: “Interferons are immune proteins naturally occurring in the body. They have an important role in fighting infections, especially viral ones.”

Interferons stimulate the production of other proteins that block the virus from multiplying in the body. These properties of interferons are already used in the treatment of diseases such as chronic viral hepatitis B and C.

Recent Cuban research also shows that interferon alfa-2b may lower the risk of death in patients with severe COVID-19.

In her research, Dr. Chmielewska focuses on interferon-induced transmembrane proteins (IFITM) found in cell membranes that strongly inhibit the entry of viruses into host cells. They are part of the so-called non-specific immunity (which we have from birth).

The ability of IFITM proteins to inhibit viral infection was discovered in 2009. In-vitro cell culture studies have confirmed their universal, antiviral role. It is now known that IFITMs are an important element in the body's fight against such dangerous viruses as: influenza virus, Dengue virus, HIV, Ebola, Marburg virus, hepatitis C virus (HCV), as well as most coronaviruses, including SARS-CoV- 1.

Dr. Chmielewska studies the mechanisms of IFITM action in host cells. She plans to investigate whether the activation of these proteins will inhibit the SARS-CoV-2 infection and obtain a satisfactory therapeutic effect.

She said: “I propose a new therapeutic strategy against COVID-19, which consists of stimulating the patient's antiviral immune response. As this response is universal, that is, directed against many different viruses, the therapeutic approach I propose can be used in the future not only in the fight against COVID-19 disease, but also against other serious viral diseases.”

The research is being financed by the Foundation for Polish Science from European funds from the Smart Growth Operational Programme under the POWROTY/REINTEGRATION grant. Dr. Chmielewska received nearly 200,000 zlotys.