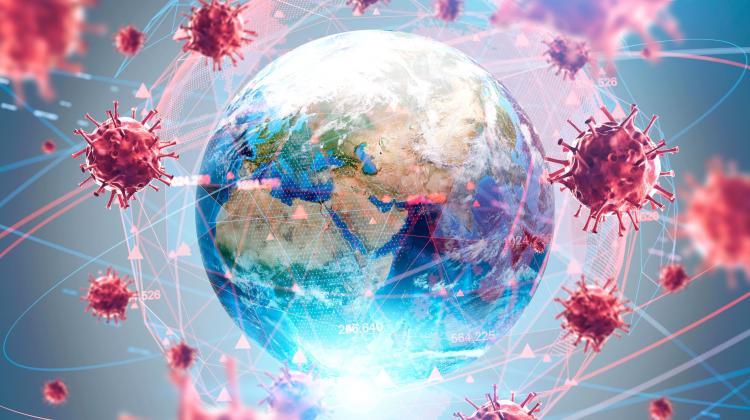 The Medical University of Silesia in Katowice will conduct research on the spread and risk factors of SARS-CoV-2 infection in the population of the Upper Silesian agglomeration in 2020, the university has announced.

This is part of sero-epidemiological research conducted by Polish scientists as part of the WHO - Solidarity II Global Serologic Study for SARS-CoV-2 programme, in which 42 countries participate.

The study includes two projects submitted to the Medical Research Agency as part of the fast-track support focused on combating COVID-19.

These are: the Warsaw Genomics' project 'Group immunity against SARS-CoV 2 in Poland: validation of the available serological tests and determination of the level of IgG anti-SARS CoV 2 antibodies within 1, 3, 9 and 12 months from the onset of the disease in a group of 2,500 COVID 19 survivors', led by Professor Krystian Jażdżewski, and the project of the Medical University of Silesia in Katowice ‘The prevalence and risk factors of SARS-CoV-2 infection in the population of the Upper Silesian Agglomeration in 2020', led by Professor Jan E. Zejda.

The objective of sero-epidemiological studies is to check the level of infections with the new SARS-CoV-2 virus. This will enable them to estimate what part of the population had the disease and developed IgG antibodies that potentially give resistance to re-infection.

Such studies, conducted on a representative population, will help scientists to prepare guidelines for both the diagnosis of the virus in the next phase of the epidemic, as well as determine group immunity in the population. These are key issues for the functioning of entire countries, not only in the context of the health of society, but also in the context of restarting the economy and restoring social life.

Warsaw Genomics will validate serological tests to assess the level of infections, based on the already collected sera from patients from all over Poland with confirmed SARS-CoV-2 infection. A team of epidemiologists led by Professor Jan E. Zejda from the Medical University of Silesia in Katowice will analyse the course and risk factors of infections and mortality in the region of Upper Silesia severely affected by COVID-19.

Thanks to participation in the Solidarity II study, Polish scientists will gain faster access to standardized serological tests that specifically identify serum SARS-CoV-2 antibodies. The study will help them assess the level of SARS-CoV-2 infections in various regions of the world, including Poland. The results of the study will be helpful in making strategic decisions regarding the functioning of states and societies in the event of the next wave of SASR-Cov-2 infections or other global pandemics.

Thanks to a grant from the Medical Research Agency, international scientific cooperation as part of the Solidarity II study, to which Polish researchers have been invited, will limit the test validation stage to a few previously selected tests, thanks to the exchange of experiences with over 40 countries. In addition, researchers will have access to a panel of validated sera from other populations to validate the test results.

Thanks to the joint work and exchange of information, the results obtained in Poland can be compared with the results of research carried out according to the same protocol all over the world. (PAP)