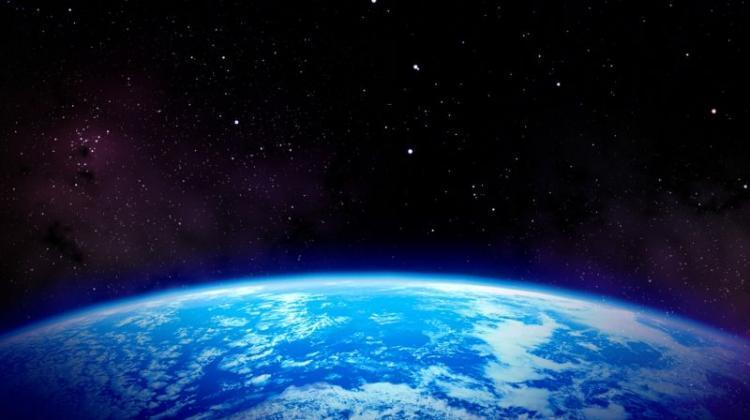 Although it is now possible to wage war in space, no one would benefit from such a conflict, says a leading astrophysicist.

Dr. Marcin Gawroński from the Institute of Astronomy at the Nicolaus Copernicus University in Toruń, said that a Star Wars scenario in the form of battles of ships racing across outer space are still a very distant future are highly unlikely as filmmakers transfer the laws of physics from Earth and its atmosphere into space.

However, there are similarities when it comes to world powers developing their military domination in outer space.

In example, Gawroński points to December 2019 when US President Donald Trump officially announced the creation of the US space force financed under the Pentagon budget bill he signed. The space force is to focus on warfare in space. The new formation - the first in over 70 years - is subordinate to the US Air Force.

But this does not mean the US plans on sending troops into space, he says. Instead, the purpose of Trump’s initiative is to protect hundreds of satellites used for communication, navigation and tracking.

With today’s technology, it is possible to shooting down satellites with missiles launched from the ground or from airplanes. They are referred to as ASATs (Anti-satellite weapons). Successful tests of this type of weapon have already been carried out by countries including the US, China and India.

Gawroński said: “In fact, all countries that have access to the intercontinental missiles technology are capable of easily achieving the possibility of shooting down satellites located several hundred kilometres above the Earth's surface.”

He added that the missiles do not have to carry explosives to be effective because objects moving in Earth's orbit move at a huge relative speed of even several kilometres per second. Upon contact with the missile, they are destroyed by kinetic energy.

The likelihood of nations shooting down satellites, however, is slim. Gawroński said: “The reason is simple. If the missiles hit even a few satellites, the Kessler effect would occur. What does this mean? Even a small satellite destroyed in this way breaks up into tens of thousands of fragments that are set in an uncoordinated orbital motion around the Earth. After some time, they may collide with other satellites, and the remains of those would start destroying further satellites. As a result, most of the satellites in orbit would be destroyed.”

Consequently, no one would resort to such an action as not only would enemy satellites be destroyed but but also ‘home’ satellites as happened accidentally in 2007 when China carried out a test destruction of its satellite and its numerous debris began to circulate in orbit. A few years later, in 2013, one of them seriously damaged a Russian satellite.

A more realistic scenario of a star wars, therefore, are various activities aimed at jamming satellite signals (it is possible, for example, to jam the GPS signal already on the surface of the Earth) or other electronic interference with objects in orbit in order to reduce the enemy's operational capabilities.

Last week it was reported that the US Space Command had evidence that Russia had conducted a non-destructive space-based anti-satellite weapons test. The test supposedly took place on July 15, when a "new object" was launched from the Russian satellite 45915 into orbit. This could mean that Russia conducted a test of a missile operating from the level of Earth's orbit, says Gawroński.

In 2023, Americans are expected to return to the Moon. The Chinese are also making plans for a manned landing so will 'star wars' take place further from Earth and be a consequence of a fight for mineral resources?

Gawroński said: “The Moon and the cosmos are so big that everyone will find a place for themselves. An open conflict is not profitable for either side at the moment. Therefore, I am optimistic that  war in space will not happen soon.”