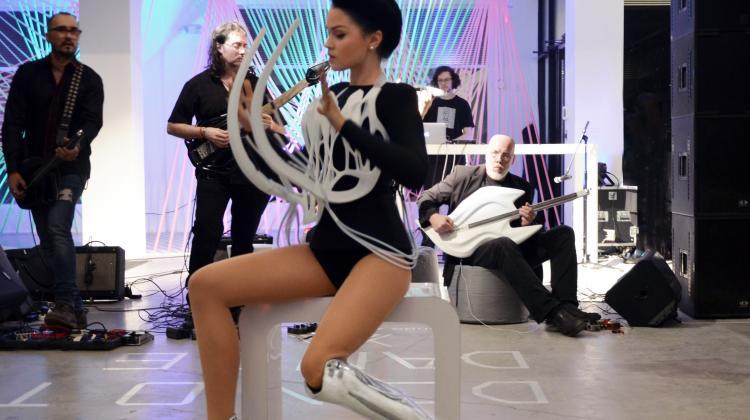 A Warsaw professor and author of a best-selling book about 3D printing has said that the majority of Poles have no idea that something revolutionary is happening.

Professor Helena Dodziuk, author of Druk 3D/AM. Zastosowania oraz skutki społeczne i gospodarcze ('3D/AM printing. Applications and social and economic effects') argues that although 3D printing is used not only to create prototypes and build tools for production lines, most Polish people are completely unaware about its other applications.

She said: “When it comes to 3D printing, in Poland we are not yet aware that something revolutionary is happening. And in the world others are killing themselves to jump on this escaping train.”

Although at the moment, the use of 3D printing in global industrial production is only one percent, Dodzik says this will grow very soon.

And although 3D printers were initially expensive and printing speed left much to be desired, the industry loved the technology.

Now, 3D printing has become so cheap, fast and reliable that mass production using 3D printing is, in many cases, more profitable than traditional methods.

She said: “Arcam announced some time ago that 100,000 hip prostheses printed on their printers had already been implanted. So we are talking about industrial quantities of 3D printed products.”

3D printing is now used not only in the automotive industry, space and aviation industries, the military, industrial robotics, civil construction, but also in the clothing and food industries.

In medicine, 3D printing saves lives, health, facilitates the work of doctors and even improves contact with patients. 3D printing already has an established position in the production of hip prostheses, but also hearing aids. “As much as 98% of hearing aids are manufactured with the use of 3D printing,” Dodziuk said.

Light and elegant 3D printed braces can also replace plaster in the treatment of fractures or sprains, but 3D printing is also useful in prosthetics. She said: “It is interesting that children and young people after amputation said that they would prefer prostheses that do not look like an ordinary arm or leg. One little girl put it this way: Now no one will call me a cripple, they will say: what a cool gadget!.”

3D printouts are also useful for virtual planning of surgical procedures (for example in extremely complicated procedures of separating Siamese twins), and the technology is useful in dentistry: you can print personalized dentures, implants, as well as tools used during procedures.

Dodziuk said: “In the US, the number of denture manufacturers has already begun to decrease.”

In addition, a urologist in Szczecin, in order to explain a patients’ health situations, printed 3D models of their tumours.

More and more is happening when it comes to bioprinting, or 3D printing with living cells and it is now possible to 3D print a liver fragment to test drugs on it. The hope is that someday, instead of waiting for a donor, it will be possible to print fragments or even entire organs for transplantation. 3D printed organs are currently being tested by implantating them in animals.

Dodziuk said: “In the past, various types of plastic were used, but now it is also possible to print objects from ceramics, clay, metals and various composites. Responsive polymers and composites with anisotropic properties (their characteristics vary depending on the direction) have a great future.

“Food products like chocolate or sugar can also be used in 3D printing. There are also solutions that allow us to print using concrete, debris or regolith (weathered rock covering the surface of the Moon and Mars). It is clear that you can already select  materials with very specific properties for specific applications.”

Professor Dodziuk said she now hopes 3D printing will appear in education. She said: If students in schools were given the task of designing and preparing a 3D printout, such a project would allow them to acquire knowledge of many different fields while pursuing their passions and learning teamwork.”