Could Memes Help Save Endangered Species? 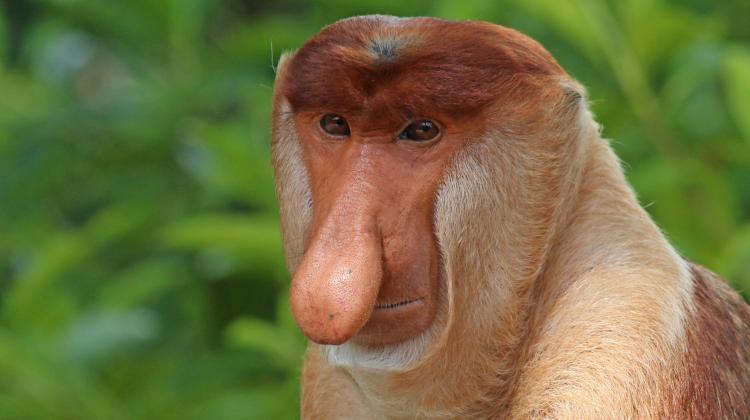 There is a noble excuse to create memes. They can help protect endangered animals, researchers hope. Photo: Proboscis monkey, based on photo by Charles J Sharp / CC BY-SA https://commons.wikimedia.org/wiki/File:Proboscis_monkey_(Nasalis_larvatus)_male_head.jpg

The big-nosed, small-eyed proboscis monkey has seen an unlikely surge in popularity thanks to memes. And this, says biologist Magdalena Lenda, could help protect other endangered species.

Dr. Lenda from the Institute of Nature Conservation of the Polish Academy of Sciences and the University of Queensland checked how the appearance of a given animal can affect the popularity of fundraisers for the protection of a given species. Traditionally, it is easier to raise funds for protecting animals considered beautiful such as pandas, koalas and tigers. But an exception to the rule has emerged in Poland, with the the proboscis monkey (Nasalis larvatus).

“The animals we find beautiful are usually those that have the characteristics of a human newborn: a large head, a small nose and large eyes. The proboscis monkey is a complete opposite: it has a large nose, small eyes and a mean face', says Dr. Lenda.

The proboscis monkey, an endangered species from Borneo, began to be recognized in Poland not thanks to animal protection organizations, but funny pictures made by anonymous Internet users.

The proboscis monkey began to appear in memes as a 'typical Janusz', the personification of a stereotypical Pole, associated with typical vices such as quarrelling, anger, informing on neighbours.

Dr/ Lenda said: “I followed these memes and thought they had great potential. One such meme engaged many recipients: it collected thousands of likes and lots of shares. The popularity of these images was far larger than that of the sad images about the need to save endangered species shared by Greenpeace or WWF.”

In addition to gaining 'likes' discussions about protecting the proboscis monkeys also began.

Dr. Lenda now thinks the proboscis monkey case could serve as an example for the protection of other endangered animals, especially those which are not deemed to be very pretty.

She said: “Marketing research in the United States shows that it is easier to reach people through laughter. If you try to raise money to treat sick children, instead of presenting a sad child, it will be more effective to show it smiling or doing something that puts us in a good mood.”

She added: “If we see something ugly many times, it ceases to seem so ugly. We get used to this ugliness a little and start to like it.

“If we apply this knowledge to animal protection, perhaps we can convince people that the face of a beetle looks quite nice? And this could help protect this beetle more effectively.”