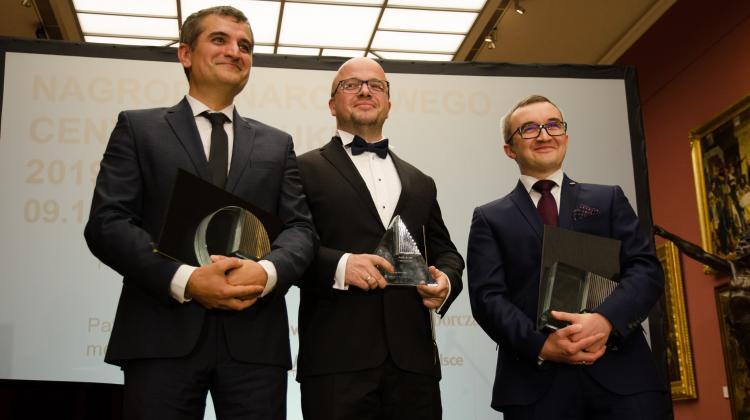 Winners, recognized for scientific achievements, receive PLN 50,000 each. The award was presented this week for the seventh time. The idea behind the National Science Centre Award is to support outstanding scientists conducting basic research in Polish scientific units. Established in 2013, the distinction is awarded to researchers up to the age of 40, in three research fields: Arts, Humanities and Social Sciences; Life Sciences; Science and Engineering.

According to Gowin, scientists investigate the truth selflessly, at a high level, and this path to the truth is associated with great sacrifices on their part.

The award in the field of Life Sciences went to Dr. Roman Szczęsny from the Institute of Biochemistry and Biophysics of the Polish Academy of Sciences. He was awarded for discovering the mechanism of mitochondrial RNA degradation in human cells, indicating the role of mitochondria in the regulation of the non-specific immune response. "I think that further research on RNA metabolism in human mitochondria can lead to many more interesting discoveries," said Szczęsny during a gala at the Gallery of the 19th Century Polish Art in the Kraków Cloth Hall.

The winner of the Science and Engineering Award is Dr. Dawid Pinkowicz from the Faculty of Chemistry of the Jagiellonian University, honoured for designing innovative molecular magnets and quantum nanomagnets. "I think that I do what is best in chemistry: designing and building new molecules and supramolecular systems. I like to think about myself that I am an architect of the molecular world," said Dr. Pinkowicz.

The laureate in the field of Arts, Humanities and Social Sciences is Dr. Michał Wierzchoń from the Faculty of Philosophy of the Jagiellonian University. He was awarded by the jury of the National Science Centre Award for interdisciplinary research on consciousness that has been conducted for years, creatively combining research approaches in the field of philosophy, cognitive psychology, cognitive science and neuroscience. His research concerns the measurement of consciousness, as well as the role of attention in acquiring conscious experience, hidden memory, sensory substitution and bodily awareness. The Consciousness Lab (c-lab) he has founded and runs quickly became one of the leading scientific units of this type in Europe.

"Consciousness research allows to better understand how we experience the world. Among the many theories there are also ones that postulate that prior experience and individual history are crucial for consciousness. In my work, I usually argue that they are not the most important factors for consciousness," said Dr. Wierzchoń.

In this edition, 530 people were eligible to nominate candidates. There were 51 nominations; the shortlist included 6 finalists, two in each of the three disciplines. The final decision was taken by the competition jury of the National Science Centre Award, composed of the representatives of the National Science Centre and the donors of the Award.

PAP - Science in Poland was a media sponsor of the event.