Problems with reaching the market and later also threats associated with political changes contributed to the emigration of potters ca. 1200 BC from the island of Aegina (near Athens) inland to the north, to the region of the Gulf of Euboea, determined Polish archaeologist Dr. Bartłomiej Lis.

In recent years, archaeologists have been eager to use all sorts of modern methods to track prehistoric migrations; they analyse DNA and strontium isotopes in human remains.

"Using more traditional methods, I was able to shed light on the migration of potters in ancient Greece approx. 3200 years ago", says Dr. Bartłomiej Lis, who carries out his research at the British School at Athens as part of a grant obtained thanks to the EU Marie Skłodowska-Curie Actions programme.

His analysis shows that around 1200 BC, potters from the island of Aegina (near Athens) left their homes and began to make characteristic vessels in many places scattered along the Gulf of Euboea, north of Aegina. 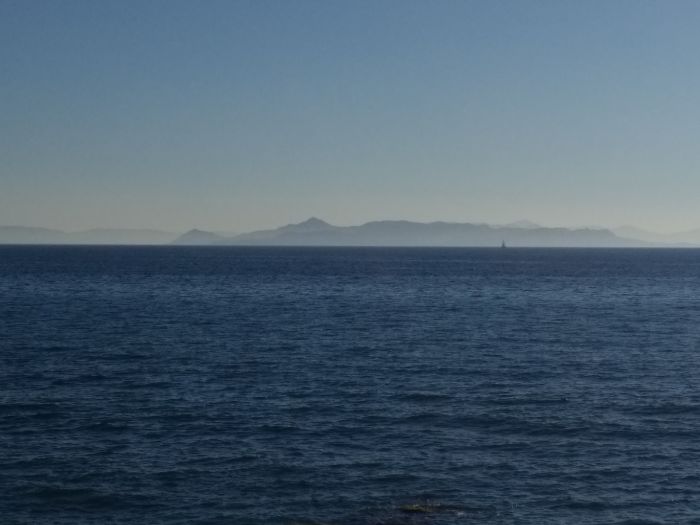 Aegina seen from the shores of Attica (photo by B. Lis)

Dr. Lis drew his conclusion on the basis of meticulous analysis of ceramic vessels in terms of methods of their manufacture, from the moment of obtaining clay and its preparation, to firing the vessels. "Thanks to this, I understood the process of making ceramic vessels in Aegina and I was able to compare these vessels with those found in other Greek regions", the scientist says.

It turned out that the potters working on the island of Aegina were making their vessels in a very different way from other potters operating at the same time in Greece. This differences concerned both the method of building the walls of the vessel without using a potter`s wheel, as well as other details of the production process. In addition, potters from Aegina used to mark their products, which was probably associated with the fact that they shared kilns, but could also be their trademark.

"These observations led to the identification in many places along the Gulf of Euboea, the water corridor leading from Athens and the Saronic Gulf to the north, of the same characteristic vessels, but made of ceramic pastes different from those used in Aegina", says Dr. Lis.

The analysis of ceramic pastes was deepened by the use of petrography, a technique borrowed from geology, in which the Fitch Laboratory at the British School specializes. Dr. Lis learned this method under the guidance of the laboratory director, Dr. Evangelii Kiriatzi. Petrography allows to both determine the origin of the vessels and better understand the techniques of their manufacture. The Polish scientist emphasizes that both aspects were crucial for the success of his project. 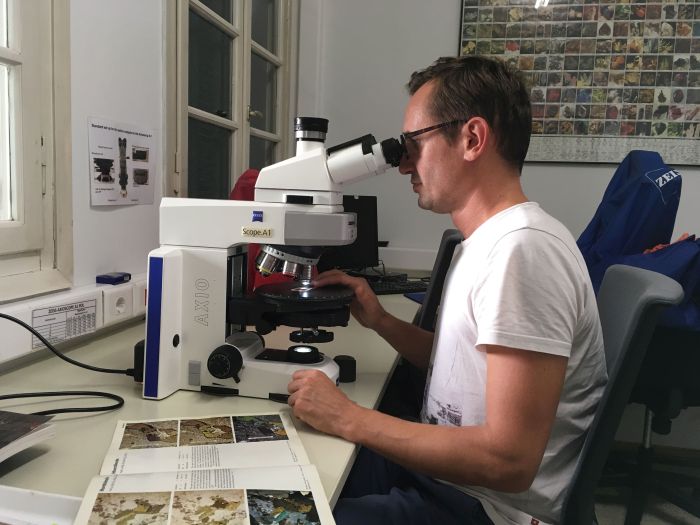 The researcher believes that the potters from Aegina left the island in at least two stages over the course of several decades. In turn, the large variety of used pottery pastes clearly indicates the acquisition of raw material from various places and thus the production of vessels typical of the island of Aegina in many locations along the Gulf of Euboea.

"The first stage of migration may have resulted from problems with the sale of manufactured vessels. During this period, we observe a collapse of trade in pottery, which probably also affected the potters from Aegina. Seasonal wandering could be a way to take fate into their own hands", the archaeologist speculates.

According to the researcher, the second stage was associated with the permanent relocation of potters, supposedly as a result of economic and political changes ca. 1200 BC. At that time, Aegina, as well as its immediate surroundings, were not a safe place to live.

"Many of the previously flourishing settlements were deserted, and people apparently moved to safer areas. In fact, the only trace of these movements are vessels made by potters who were part of these migrations", Dr. Lis emphasizes.

Microscopic images of ceramic fabrics of the vessel made on Aegina (left) and near Pefkakia (right) (photo by B. Lis)

The scientist failed to unambiguously determine the sex of ceramics makers in Aegina. "However, both the specialization visible in the production of vessels and the fact of their itinerant production, which according to ethnographic sources, women never undertook, suggest that they were men" - the scientist believes.