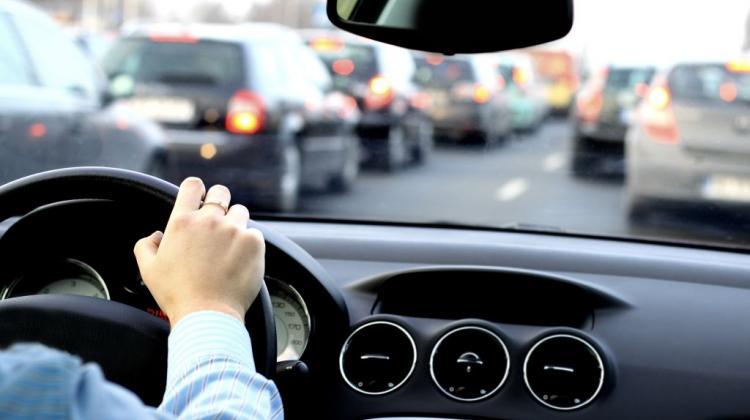 60 percent adult Poles use a car for their daily travels, and three times fewer people choose public transport. Because of this, we are dealing not only with traffic jams and smog, but also changes in public space - says economic geographer Dr. Bartosz Bartosiewicz.

"We are a very motorized nation that uses cars more often than Western European citizens" - says geographer Dr. Bartosz Bartosiewicz from the University of Lodz, who specialises in transport.

He points out that in Poland there are nearly 600 cars per 1000 inhabitants. "Meanwhile, 25 years ago this indicator was more than 3 times lower. In this respect, we are in the lead among the European countries" - he says. He mentions that there are more cars per capita in Poland than in Germany or France.

"These are huge values! The state is not able to rebuild the infrastructure quickly enough to accommodate three times more cars than at the beginning of this century. It is worth realizing that when you are stuck in traffic" - he says.

As part of his research, the scientist wrote about Poles` daily travels. For example, he analysed a large Statistical Office survey conducted in 2015 on 26 thousand adult Polish citizens from all over Poland. Research conducted with Dr. Iwona Pielesiak appeared in the scientific journal Travel Behaviour and Society.

The study shows that Poles not only have a lot of cars, but also prefer them in their travels to work, shops and places of leisure.

"It turns out that in the case of daily commutes in Poland, on average 60 percent people choose a car, 20 percent use public transport, and 8 percent ride a bicycle" - he says.

"Traffic jams do not form only because of poor road infrastructure, poor traffic organization, but mainly because more and more people use cars in their daily travels" - the researcher said.

"It is clear that where we live doesn`t really translate into what mode of transport we choose. Most of us, regardless of the quality of public transport, choose a car" - he says.

The scientist notes that it is surprising that the inhabitants of villages and small towns (9%) are more than two times more likely to use bikes than people living in metropolises (4%).

"There is still a conviction in Poland that owning a car is a proof of a certain social status of the owner. In the West, this has been forgotten!" - Dr. Bartosiewicz notes.

He points out that if we do not stop the trend related to the growing number of cars and their use, we will have to face negative consequences. These include traffic jams, smog or cars taking over the public space that could be more friendly to residents. "Wake up! Not everyone has to drive a car!" - he says.

Asked whether the situation has changed for the better in recent years, Dr. Bartosiewicz replies that new and detailed studies on this topic are not available yet.

However, according to the researcher, solutions such as city bikes, carsharing and electric kick scooters, which are becoming increasingly popular in cities, are not enough to solve the problem. "In my opinion, these are new opportunities, which will benefit mainly public transport users. And the main change should not be that the person who is going to take the tram takes a city bike, but that the person who would normally drive gets on the bike. In my opinion, these solutions are not sufficient if there is no well-functioning public transport, and not only in large cities, but above all outside their limits" - he concludes. (PAP)