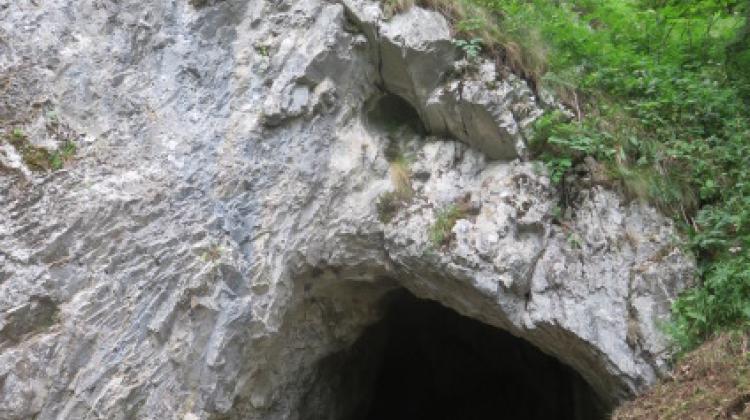 Researchers including Polish archaeologists discovered 14-15 thousand years old traces of human presence in the Hučava Cave in the Belianske Tatras. These are stone blades used by hunters. Until now, no prehistoric items have been found in any of the Tatra caves.

The discovery was made in July by a Slovak-Polish archaeological expedition. The Hučava Cave (Hučivá diera) is located in the Belianske Tatras in Slovakia, on the slopes of Kobylí Vrch, at 937 m a.s.l. Excavations are being carried out both at the entrance and in the cavern chamber.

"We have discovered dozens of stone blades that have survived completely or in fragments, originally embedded on poles (that have not survived until our time). We recovered some of the blades from the remnants of a hearth" - says Prof. Paweł Valde-Nowak from the Institute of Archaeology of the Jagiellonian University in Kraków. Valde-Nowak leads the research project together with Dr. Marian Sojak from the Institute of Archaeology of the Slovak Academy of Sciences in Nitra.

According to the discoverers, Hučivá diera is the first Tatra cave, in which traces of prehistoric human presence have been captured. They come from the end of the Ice Age, when the ice sheet began to disappear from the northern areas of today`s Poland, approx 15-14 thousand years ago.

"The traces we have discovered show that prehistoric hunters had lived in the cave for a long time" - the scientist believes.

Prof. Valde-Nowak emphasizes that scientists have been looking for traces of prehistoric human presence in Tatra caves since the 19th century; until now without success. For example, the Magura cave in the Polish Tatras was selected for research, but the excavations carried out in that cave before World War II did not bring the expected results.

In the Hučivá diera cave, above the artefacts from the end of the Ice Age, the Slovak-Polish team also found 15th and 16th century fragments of clay vessels, as well as coins from World War II.

This year`s excavations, co-financed by the National Science Centre, will continue until the end of July.