Expert: genetic tests should only be conducted in certified laboratories 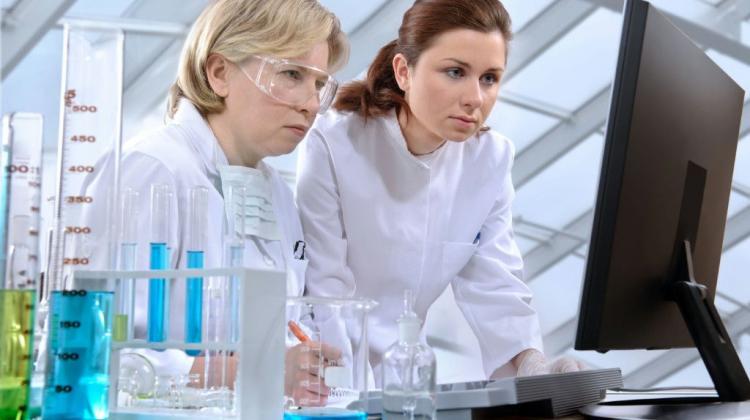 If you want to do a genetic test, use a certified laboratory, preferably one that operates at a large medical centre, advises Prof. Katarzyna Tońska, a geneticist from the University of Warsaw. She points out that in Poland there is chaos in legal regulations concerning DNA testing.

In Poland, just like in the world, more and more people do DNA tests to check their predispositions to various diseases. Tests that determine the origin of ancestors are also becoming popular.

Scientists have been alerting for years that Poland lacks proper legal regulations related to the principles of genetic testing, storage of DNA material and genetic data security. Similar conclusions can be found in the Supreme Audit Office report published in May 2018. According to the report, the audited entities have not provided adequate technical and organizational solutions that would guarantee full security of genetic data. There is also a high risk of errors and misinterpretation of results.

"Even though a year has passed since the publication of the report, the legal situation has not improved. There is still chaos in Poland with regard to DNA testing" - says Prof. Katarzyna Tońska from the Institute of Genetics and Biotechnology, University of Warsaw. She adds that the problem would be solved if our country ratified the Bioethical Convention, which also regulates the issue of genetic testing.

In response to the PAP question about the plans for solving the problem of organizing genetic research, the Ministry of Health wrote that work on the draft law on genetic testing and biobanking was in progress, and the date of its public consultation would take place in the second half of 2019.

"The results of the above-mentioned audit (of the Supreme Audit Office in 2018 - PAP) are reflected in the draft law currently being prepared. It includes the issue of formulating uniform and comprehensive principles of performing genetic tests by all entities on the medical services market, i.e. those operating within the health care system, as well as commercial entities currently performing genetic testing services at the customer`s request" - wrote the Communication Office director at the Ministry of Health, Sylwia Wądrzyk. The law also provides for the protection of confidentiality of genetic data and uniform regulation of testing” - noted Wądrzyk.

So what should a customer, who wants to order a genetic test (regardless of the purpose of this analysis), be guided by? "It is best to use laboratories that have quality certificates, for example ISO. The Polish Society of Human Genetics also awards certificates of quality" - says Prof. Tońska. Laboratories operating at large medical units are also usually reliable, she notes.

Prof. Paweł Golik from the Institute of Genetics and Biotechnology of the University of Warsaw points out that many popular DNA research companies that offer genetic tests, for example, to determine the person`s origin, have their headquarters outside of Poland, mainly in the US. "Remember that there are different legal solutions in the US than in Poland and in the European Union" - he points out. He adds that it is best to read the test regulations carefully, especially the provisions that concern the protection of personal information.

"The EU regulation on the protection of personal data implemented in Poland (RODO) regulates the issues related to the use of personal data quite well, while in the US the law often favours companies" - he notes.

Professor Golik reminds that there was a case, in which a commercial company offering DNA testing in search of ancestors gave the data of thousands of test subjects to a pharmaceutical company that used them for various types of research.

"It was legal, because the appropriate provision was included in the regulations of the DNA test" - he says. Therefore, he recommends reading the contract carefully before making a decision. Prof. Golik says that it is also advisable to check the company`s reputation and its database security level.