Central Statistical Office: The number of students fell by 64 thousand in one year 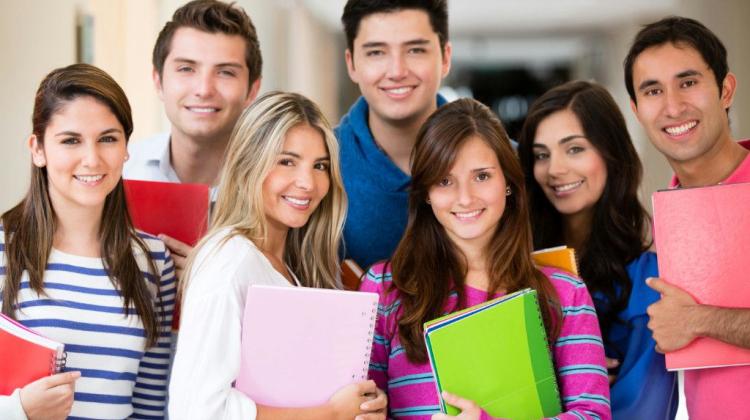 1 million 405 thousand people studied in Poland in November 2015. It is about 64 thousand less than a year earlier, according to the preliminary data of the Central Statistical Office published last Wednesday. However, the number of international students in Poland continues to grow. Now it is 57 thousand people - about 11 thousand more than a year before.

The CSO data also show that 395 thousand people received education diploma in 2014/2015, about 29 thousand less than in the previous academic year.

But the number of international students in Poland continues to grow. According to the latest CSO data, more than 57,000 foreigners study in Poland; a year before it was only 46 thousand people from abroad. In one year, Poland gained 11 thousand international students. This is over 23 percent increase. Students from abroad now represent approx. 4 percent of the total number of students in our country.

"The increase in the number of foreign students in Poland is mainly due to the unprecedented influx of students from Ukraine" - commented representatives of PERSPEKTYWY Educational Foundation in a release sent to PAP. They noted that in this academic year almost 31 thousand Ukrainians study in Poland, which is over 7 thousand more than a year ago. They represent more than 53 percent of the total number of foreign students in Poland.

"Due to the constant, dynamic increase in the number of Ukrainians, there is talk about the phenomenon of +Ukrainisation+ of Polish universities - said the author of the report "Foreign students in Poland 2015", Dr. Bianka Siwińska from PERSPEKTYWY.

In her opinion, the formation of Ukrainian monoculture at some Polish universities may result in future conflicts. "Xenophobic incidents with this background occurred last year appeared in several academic centres. Both academia and the general public, local authorities and those responsible for public policy of the state in the field of higher education should pay special attention to these moods and propose solutions supporting proper integration of students from Ukraine in the life of universities and local communities" - commented Siwińska.

According to the CSO data, the second largest group of foreign students in Poland are Belarusians (over 4.6 thousand), followed by Norwegians (1581), the Spanish (1407) and Swedes (1291). In the academic year 2014/15, over 83 percent of the total number of foreign students came to Poland from Europe. In addition, in Poland there are less than 7 thousand students from Asian, just over 1,200 from North and Central America, and slightly less than 1200 from Africa; there are also small groups of students from South America and Oceania.