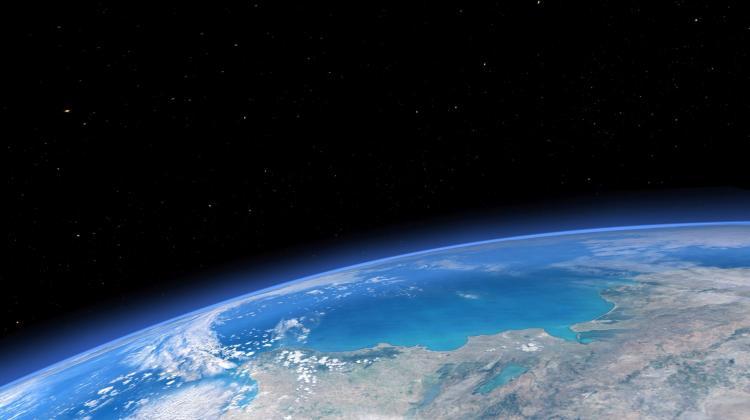 Scottish company Clyde Space will put the Polish satellite Intuiton-1 in orbit around Earth, announced KP Labs, a Gliwice company that developed a device for taking high resolution photos and analysing them on the fly. The satellite will start working at the turn of 2023.

"This device is important for crop growers and government agencies, which, thanks to a quick analysis of hyperspectral images and being able to take steps quickly, will be able to minimize the effects of natural disasters that threaten plantations" - KP Labs communication officer Jarosław Kacprzak told PAP.

Data processed on board Intuition-1 will allow to interpret the condition of plants, forests, forecast yields and create pollution maps for cities. Kacprzak remarked that while satellites taking photos are already produced, the novelty of the Polish solution is the capability to process data directly onboard the satellite. "This allows, for example, to expedite harvest of cereals to be able to finish before the coming storm" - he explained.

Intuition-1 will be a 6U satellite, in the shape of a 10x22x36 cm rectangle; its mass will be approximately 10 kg. The entire device was created in laboratories of researchers from KP Labs, who started working on this solution last year. The cost of the project is PLN 19 million, and the money comes from the National Centre for Research and Development.

Clyde Space, with which KP Labs signed a contract in March, will create and deliver a special satellite platform, which will include components such as control, communication, power supply, position control systems. The Scottish company is also responsible for the satellite launch and putting it in orbit around Earth. "I can not reveal the details of the contract between KP Labs and Clyde Space for confidentiality reasons, but the value of the contract exceeds GBP 500,000 pounds" - said Kacprzak.

Intuition-1 is not the only project carried out by KP Labs engineers. Specialists from Gliwice have won the Copernicus Hackathon, a competition for the most promising application for interpreting data from satellite images, using data from the European constellation of Sentinel satellites from the Copernicus programme. The competition is organized by the European Commission. DeepFlow - the winning solution developed by KP Labs - automates the search for relevant information that is "hidden" in various layers of satellite images sent by Earth observation satellites. This will allow interpreting image data in order to use them, for example, in agriculture, industry or health care. (PAP)