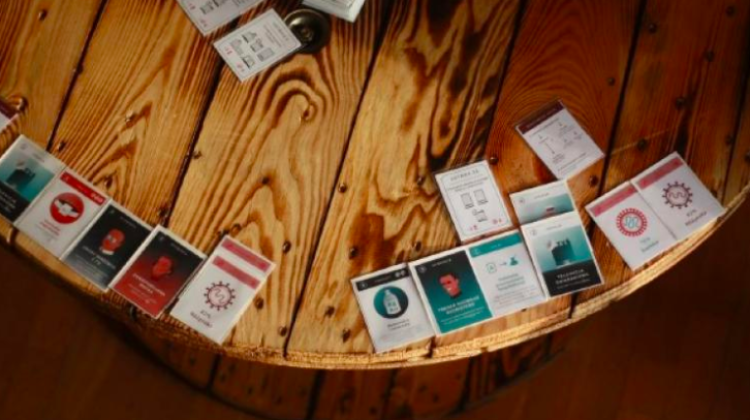 Satirical card game Antyszczepionkowcy.biz (anti-vaccers.biz) is designed to trick players to becoming aware of the value of vaccinations. The test version of the game can be downloaded from the website.

Players can expect perverse humour and fun with friends, announce the authors of the game Antyszczepionkowcy.biz, which shows the consequences and realities of the activities of businessmen profiting from alternative medicine.

"We have created an educational game that tricks players to realising the value of preventive vaccination. We believe deeply that projects like ours are needed and can have a real impact on the media discussion about vaccination, maybe even convince some parents to vaccinate" - say the game authors, Aleksandra and Jakub Stefaniak. Aleksandra Stefaniak is a PhD student at the Wrocław Medical University and an educator of the International Federation of Medical Students Associations IFMSA-Poland. Jakub Stefaniak is a programmer.

The authors of the game encourage to play and expose the hypocrisy of anti-vaccine movements in a rather unusual form. The game Antyszczepionkowcy.biz starts with a sarcastic introduction: "Looking for easy money? Want to be famous? Become a guru? Got no morality? Failed to get to medical school? Great! Antyszczepionkowcy.biz will teach you in a simple and fun way how to achieve your goals while solving the problem of overpopulation".

The game is being tested via the website antyszczepionkowcy.biz. From January 1, you can download a free set of cards with instructions. The game is designed for 2-6 people over 16 years of age. One game takes 20 to 60 minutes. Players try to gain influence at all costs by selling useless goods in their online stores. They also collect signatures and lobby for harmful laws. Their actions affect the population resistance index, and over time, cases of various diseases become more dangerous. This may harm the anti-vaccers themselves ... unless they are smart enough to vaccinate.

In March, a crowdfunding campaign will start on Polakpotrafi.pl, where the pre-sale of the game will also be conducted. Its release is scheduled for the second half of 2019.

The authors of the game Antyszczepionkowcy.biz declare that part of the profits from the sale of the game spent on the purchase of vaccines in the UNICEF Inspired Gifts project.

The idea was given the patronage of Łukasz Durajski - Chairman of the Immunization Team of the District Medical Chamber in Warsaw. Patrons of the game also include the International Federation of Medical Students Associations IFMSA-Poland and the popular science blog To tylko teoria ("It`s only a theory"). IFMSA brings together over one million medical students and young doctors around the world. Their goals include promoting prevention and working for human rights and peace. The blog To tylko teoria busts pseudo-scientific nonsense that appears online, including anti-vaccine movements.