Expert: RES technologies are getting better and cheaper 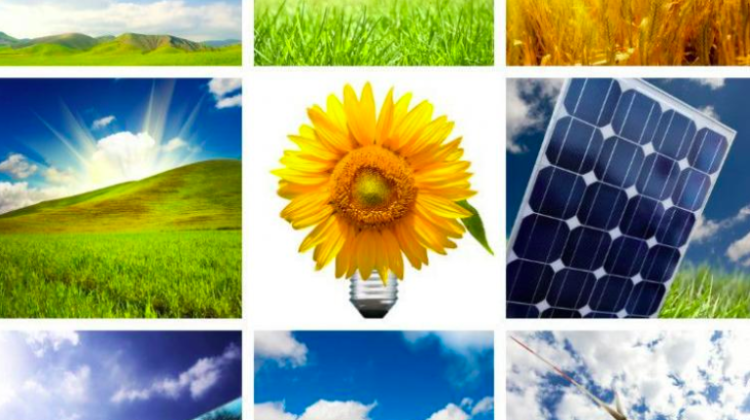 Technologies enabling the use of renewable energy have recently become much cheaper and their efficiency has improved. In the face of climate change, we should take advantage of them - Marcin Popkiewicz, an expert from the website "Nauka o klimacie" ("Climate Science") says in an interview with PAP.

The Polish energy production and industry largely depend on fossil fuels - coal and oil. "Replacing fossil fuels with renewable energy sources, including wind or solar power, is not a dream in Poland today. These technologies have recently become much cheaper and their efficiency has improved. In the face of climate change, to which it emissions from the industry and energy production have significantly contributed, we should use them as soon as possible" - says the expert from the website "Nauka o klimacie" ("Climate Science") Marcin Popkiewicz.

Popkiewicz emphasizes that replacing coal and other fossil energy sources would be a pure profit for the majority of society.

The transformation of the economy for the use of renewable energy sources (RES), according to the expert, would be economically painful primarily for the owners of large oil and mining companies.

"Technological and economic barriers no longer exist, and the transformation of energy generation is inevitable if we want to stop climate changes that may have catastrophic consequences. We are getting closer and closer to the point when we will not be able to stop these processes" - Popkiewicz notes.

The expert admits that the switch to RES will be associated with investments, because it will be necessary to replace some of the obsolete infrastructure. But it is worth noting that new clean technologies perfectly fit the competence profile of Polish companies and are an opportunity to create many future jobs - he adds. "At present, our energy security largely depends on Russian oligarchs and oil sheiks, that`s who`s getting our money, tens of billions of zlotys a year. It would be better if these funds stayed in the country, supporting jobs in innovative companies" - Popkiewicz notes.

Poland specializes in some clean technologies, for example electric buses or heat pumps. "We can benefit from this transformation" - he adds.

In his opinion, large companies that extract fossil fuels are partly responsible for the dissemination of climate myths, undermining the findings of scientists on global warming. He compares this behaviour to the reactions of tobacco companies in the 20th century - when it turned out that smoking causes cancer.

Tobacco companies "began to finance +independent+ think tanks that could not find links between smoking and cancer. Negating the impact of people on climate change is similar, we are dealing with professional disinformation" - Popkiewicz believes.

The expert adds that many myths about energy exist "in our heads and opinions that we have developed years ago". "Meanwhile, the world, reality and technologies are constantly changing" - he adds.

The expert reminds that Poland no longer is a coal mining and export tycoon. Currently, we import almost 20 million tons of coal annually, because domestic production is too small and falls quickly. "Three decades ago, about 400,000 people were employed in coal mining industry, now it`s only 70,000. This suggests that transformation to renewable energy would not be painful for the country`s economy, we would create many more jobs in the program of deep thermal modernization of buildings alone" - says Popkiewicz.

The expert adds that coal energy is unprofitable for a number of reasons - firstly it affects climate change, secondly it contributes to air pollution (smog), thirdly - taxpayers have to pay extra for it - for miners` salaries and pensions, as well as CO2 emissions.

Wide use of renewable energy will reduce social inequalities; energy will be more available and cheaper. The monopoly of big energy corporations will be broken and the quality of life will improve - Popkiewicz argues. "For now, in Poland we treat the atmosphere as a free sewage for chimneys and exhaust pipes. We`re paying double for it - with our health and in our energy bills" - the expert says.

"We have more clean energy sources than we need at our disposal. If we take it seriously, then by 2050 economy and industry can become almost emission-free, without oil and gas imports, based on our own sources of energy and mostly domestically manufactured devices" - concludes Popkiewicz.