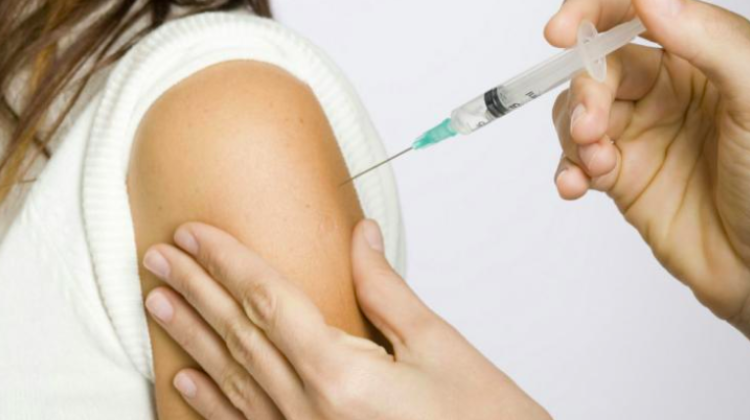 Refusing mandatory vaccination of children may result from an automatic, intuitive information processing mode. And I am urging people to switch to a "manual" way of thinking about medical issues, says the winner of prestigious ERC grant, Dr. Tomasz Żuradzki.

In evaluating whether any research related to the development of medicine is ethical or not, we often rely on intuition. "In my research I try to show how to go beyond the automatic mode of passing judgments and I wonder whether in individual judgments we have not taken short cuts, succumbed to heuristics or cognitive errors that obscure our ethical evaluation" - says Dr. Tomasz Żuradzki from the Institute of Philosophy of the Jagiellonian University. The researcher received a prestigious grant from the European Research Council (ERC) for his research.

According to the researcher, especially members of ethics committees and politicians who professionally deal with "passing judgments" related to ethics in biomedicine or regulating the way of conducting research should be aware of how they formulate assessments regarding the given issues. And how intuition can mislead them. As part of his grant, the philosopher wants to develop practical guidelines that will help decision-makers, for example members of ethics committees.

"I promised the European Research Council that if my project succeeds, it will revolutionize bioethics. Because I would like the bioethics to be different than it has been so far" - says the scientist.

"I want an experimental bioethics laboratory to be established in Kraków" - he announces. Dr. Żuradzki`s team will conduct psychology experiments. They will then serve as a starting point for analyses from the border of ethics and the philosophy of science.

"According to one of the popular theories in psychology, we have two information processing systems. The first of them can be called automatic, and the second manual, like in a camera" - compares Dr. Żuradzki. He adds that in the automatic mode, the camera itself quickly adjusts focus, aperture, time of exposure. And in manual mode, all parameters are set by the photographer, who adjusts them precisely for a particular shot. For this you need not only more time, knowledge, but also skills.

"Ethical evaluation of new achievements in biomedicine is similar. We use automatic mode very often, intuition tells us how to assess the problem. But I suggest that people should switch to manual mode. They should wonder where their intuitions come from. This is particularly important in the case of qualitatively new problems in the field of biomedicine, problems that people did not face in their evolutionary history" - says the philosopher.

AFRAID OF VACCINATIONS? SWITCH FROM AUTOMATIC TO MANUAL

Dr. Żuradzki interests include the psychological mechanisms related to opinions on vaccination. "My hypothesis is that some people refuse to vaccinate children because not being vaccinated is more consistent with the automatic way of processing information" - says Dr. Żuradzki.

The automatic mode is associated with certain impulses that can be explained with education or evolution. "Administration of synthetic substances to a very small child through a needle into the vein can trigger a reflexive disgust. There may be an association that the child is getting poisoned" - notes the philosopher. But when we switch to the manual mode of thinking - the philosopher says - doubts will begin to appear: what is natural and what is not? And is everything "natural" good? Are we really willing to accept that part of the population of unvaccinated children will die of a completely natural disease, measles?

DOING NOTHING? THAT IS ALSO A DECISION

There are many other cognitive mechanisms that make people avoid vaccination, adds Dr. Żuradzki. One of them is omission bias. This is a cognitive error. "If people are afraid that something bad will happen, they prefer it to be the result of their inaction, rather than the result of taking action" - explains the philosopher.

He notes that people are afraid that a vaccine will cause a negative reaction after vaccination. And they are more afraid that their action - vaccinating their child - will lead to a bad result, than they are afraid of what will happen when they fail to act, fail to vaccinate. Even if the effects of omission are more likely and can be much worse than the effects of action - as in the case of mandatory vaccinations. Dr. Żuradzki points out that inaction is also a "decision", and the person failing to act is responsible for its result.

BUT WHO EXACTLY BENEFITS FROM VACCINATION?

Another mechanism in the automatic mode of thinking about vaccinations is the so-called identification problem, Dr. Żuradzki adds. Experiments in the field of social psychology have shown that when people know exactly who will benefit from their actions (for example, they see a picture of that person) - then they are more willing to help than when the beneficiary is anonymous. Some foundations use this mechanism in their marketing activities.

The effect of identification can be seen in the discussion about vaccines. "When we vaccinate everyone, we do not have an identifiable beneficiary. We can not say that little Tommy has not died, and if he were not vaccinated, he surely would have died. And little Tommy owes his life to a vaccine. We cannot say exactly who we have saved with vaccination. We can only say that the entire population is a beneficiary" - says the philosopher.

The fact that the population benefits from vaccinations is obvious today. "By referring to the data from before vaccinations, we are able to predict how many children would get sick and how many would die if no one had vaccinated them. But even though we know the numbers, we can not identify specific people who would die if unvaccinated" - notes Dr. Żuradzki.

Vaccines are just an example of an issue that the researcher from the Jagiellonian University will look at as part of his grant. In his project, he will analyse three large topics related to uncertainty in the assessment of biomedical achievements.

The first topic is the ontological and moral uncertainty associated with genetic engineering (for example using human stem cells for the production of mini brains). Another topic is the valuation of health care activities and distribution of funds between those identified (treatment) and unidentified (prevention). Vaccinations are a part of this topic. The third type of uncertainty concerns the reproductive decisions of the evaluation of human existence. It includes dilemmas regarding the improvement of future people or decisions in neonatology associated with saving or not saving premature babies (for example in situations where their caregivers decide that non-existence would be better than a life of suffering).

"Politicians often prey on intuitive reflexes towards new technologies and use them in ongoing political battles. This is quite disturbing. In my research, I will try to document how they use fear and disgust associated with new discoveries in biomedicine to further their immediate goals" - emphasises the scientist.