Archaeologists from Kraków discovered a Neolithic settlement in Jordan 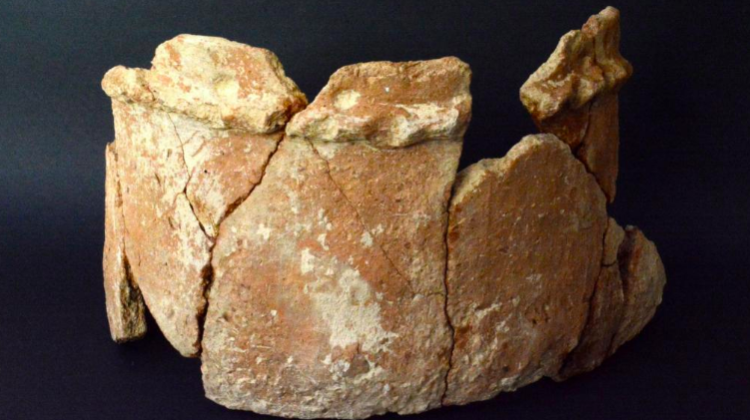 Archaeologists from the Jagiellonian University in Kraków discovered a settlement from the Neolithic in southern Jordan. The discovery was made in inaccessible mountain terrain where no one had conducted research before.

"Munqata’a is the easternmost settlement associated with the late Neolithic that has been discovered to date. Our research can be considered pioneering, because no one has carried out excavation work in this inaccessible mountain terrain" - explained the expedition leader Piotr Kołodziejczyk, quoted in the press materials sent to PAP.

Kołodziejczyk believes that other important finds can be expected in this area. "We intend to survey further sites in the coming years" - he announced.

The discovered settlement from the Neolithic had stone walls and a central building - probably a temple or the chief`s house. Around the walls, archaeologists found many commercial artefacts, such as grinders, grindstones, arrowheads, as well as a huge amount of ceramics - vessels probably used for storage of food supplies.

Reaching the mountain valley, in which the discovery was made, was not only a scientific challenge but also a logistical challenge for archaeologists. Descent into the valley is possible only via a steep path on a hundred meters long ridge. Archaeologists had to carry equipment and food and water supplies.

Based on geological and natural research, archaeologists believe that shepherding was well developed in the valley, and that the first plants were cultivated on flat patches between the rocks.

Since last year, researchers from Kraków have been conducting research at Munqata’a and another site in that area - Faysaliyya, in the desert near Shawbak. A settlement and economic complex had existed at that site. Archaeologists dug up stone walls surrounding a large farmstead with utility and residential rooms. In another place, they located stone structures associated with the Copper (Chalcolithic) Age. Dating of these structures was possible thanks to the discovered ceramic vessels, stone and flint tools.

The project will continue in the coming years. Researchers want to make the first comprehensive attempt to determine the stages of functioning and importance of the Southern Jordan region in the years 3700-1950 BC.

"It was an extremely interesting time in the Middle East, because civilization was being born in these areas, agriculture and craft production technologies developed, long-distance trade flourished, first urban centres appeared along with a whole range of cultural elements that we know from today`s world. Between the Egypt of pharaohs and the Mesopotamia of the Sumerians were the lands of present-day Jordan, which are now a white spot when it comes to researching this period" - described Piotr Kołodziejczyk.

The project of scientists from the Jagiellonian University is financed with a grant from the National Science Centre awarded for the years 2017-2021. University employees, PhD students and students participating in obligatory internships are involved in the project.

Participants emphasize good cooperation with the Department of Antiquities of the Hashemite Kingdom of Jordan and the Polish embassy in Amman. Its results include a jointly prepared scientific session devoted to Polish research in Jordan, accompanied by a photography exhibition. The event at the University of Hashemite in Zarqa, scheduled for November 18, will be a part of celebrations commemorating the 100th anniversary of regaining independence by Poland. (PAP)