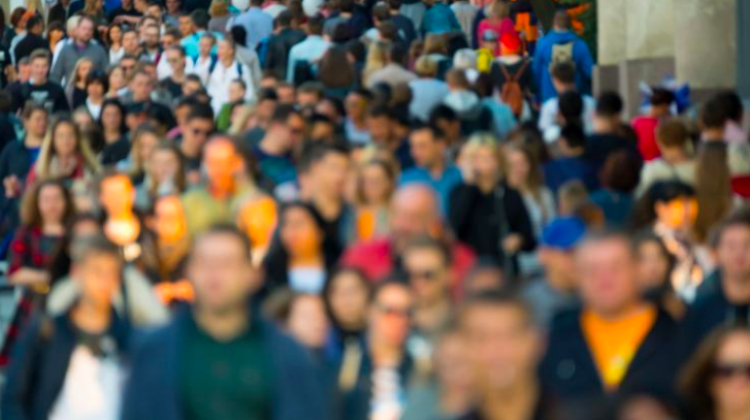 Sometimes it`s easier to blame evil spirits than admit that you have a psychological problem or a difficult situation in your family - says psychologist Dr. Igor Pietkiewicz from the SWPS University, who studies the phenomenon of sudden behavioural and identity changes attributed to possession.

"We are interested in the clinical picture of people who report to exorcists with sudden behavioural changes. Some of them have the impression that a foreign force enters their bodies, their identity changes, they start screaming, blaspheming, crawling on the ground, they have convulsions" - says Dr. Igor Pietkiewicz from the Research Centre for Trauma & Dissociation at SWPS University. His team conducts in-depth clinical interviews and psychiatric consultations with people who use exorcisms.

He explains that different mechanisms can be responsible for these changes. "We want to know what these people feel when they lose control of themselves, how much they remember about what is happening to them, how they function in everyday life, how they deal with stress and whether they have any symptoms related to trauma" - Dr. Pietkiewicz says in an interview in PAP.

The interdisciplinary project team members, in addition to health care specialists (psychologist, psychotherapist and psychiatrist), include a priest-psychologist. The scientists cooperate with the Dominican Information Centre on the New Religious Movements and Sects, as well as parish priests and exorcists from all over Poland. Thanks to cooperation with clergy, scientists can reach people who report for exorcisms.

The psychologist explains that the concept of possession can be considered at various levels. "In many cultures, societies, people attribute certain human behaviours to the influence of spiritual factors. For example, if someone begins to behave strangely - has convulsions, screams, blasphemes or loses consciousness - the community believes that the person is influenced by a spirit, a deity, spirits of ancestors. This is a cultural understanding of possession" - he explains.

Possession is also a theological category. "In many religions, believers think that supernatural forces can influence a person. For example, in the Catholic Church it is believed that certain people behave in a certain way because they are influenced by evil spirits. Priests try to make discernment and in some situations they propose an exorcism as an antidote to possession" - the researcher says.

"Of course, as researchers, we do not deal with obsession in the theological sense. Science can not say whether supernatural forces exist or not. We do not have the research apparatus for that" - says Dr Pietkiewicz.

Sometimes, however, it happens that although the family or local community believes that someone is obsessed, the priest does not share their opinion, because he suspects that the cause of incomprehensible behaviour may be psychological conflicts. And then the priest consults a psychologist or a doctor - says Dr. Pietkiewicz.

"Unfortunately, although the Vatican recommends clinical consultations before any exorcism is performed, not all exorcists recommend them" - the scientist complains.

POSSESSION, ACCORDING TO A CLINICAN

The psychologist adds that even if an exorcist refers a petitioner to a psychiatric consultation, it often focuses on determining whether the person suffers from mental illness. Meanwhile, sudden changes in behaviour and identity can be associated with completely different clinical entities, which are poorly recognized in Poland. "Such people are be more likely to experience dissociative disorders (associated with trauma) or personality disorders" - he says. He adds that people referred by exorcists can also include neurotic people, experiencing conflicts associated with the need for support and attention from others. He points out that psychological help will be different in each of these cases.

The psychologist explains that exorcisms are a culturally accepted, alternative way of dealing with problems.

"Accepting that certain behaviours are caused by an evil spirit can be difficult, but it can also be convenient - for the affected person and their family. The family can avoid dealing with the problem of abuse at home and instead focus on defeating the evil spirit during exorcisms" - says the scientist.

"Sometimes it`s easier to blame an evil spirit than admit to having a psychological problem or a difficult situation in the family. It`s even more difficult to confront psychological trauma to which victims of violence or abuse react phobically" - he says.

He explains that using an exorcist`s help can benefit a person. "But there are situations when participation in group or individual exorcisms can retraumatize, trigger difficult memories and related emotions, sensory impressions" - warns the scientist. He recalls the example of a woman who was sexually abused as a child and exhibited symptoms of PTSD during the exorcisms.

"The situation during the ritual, when someone is holding a person, overpowers them, applies force, dominates, can bring back traumatic memories" - says Dr. Pietkiewicz. "Such a person may feel like before, not know what they are doing, be very scared, possibly angry, try to escape or lose consciousness" - describes the psychologist.

The phenomenon of possession is found in various cultures and religions. "In Poland, exorcisms are quite popular. In other countries there is no exorcist institution in the Catholic Church - a believer talks to the bishop who appoints the priest to help. In Poland there is a group of priests who have been mandated to perform these rituals" - says the psychologist from SWPS University.

Dr. Pietkiewicz previously conducted similar research in Mauritius, where sudden changes in behaviour were attributed not only to Satan but also to local deities. "Being possessed by a Hindu or Buddhist deity can be seen as ennobling. Even if I lose consciousness and control over myself, I am in contact with the deity that has chosen me. It does not have the negative connotations of being possessed by Satan" - says Dr. Pietkiewicz.

The psychologist gives an example of a woman from Mauritius. She said about herself that she was nice, polite and would speak ill of others. But when she saw her husband flirting with another woman, she became aggressive and stabbed him with a knife. "This woman was convinced that she was not the who did it, it was the goddess Kali who possessed her" - said Dr. Pietkiewicz.

He explains that people who feel that they are not responsible for their behaviour, allow themselves to express different conflicting feelings, emotions, and desires that they do not normally show. Their explanation is: "I am not doing this. It`s the spirit".

During research on possession - as Dr Pietkiewicz assures - scientists respect religious views of the examined person. If psychologists think that psychotherapy would be advisable in a given case, and contact with the priest is important for the subject, they try to reconcile and provide both forms of support.

"So far, there has been very little psychological and psychiatric research on possession, and Polish research is unique on a global scale" - says the scientist.

Scientists plan to study dozens of people. They will spend a few hours with each person to conduct a detailed diagnosis and discuss the possibilities of support. Later, they will devote a lot of time to detailed material analysis. Details of the research project (in Polish) are available at www.badaniepsyche.pl/opetanie

Research is carried out under the National Science Centre grant. "The aim of our project is to better understand the impact of cultural factors on the clinical picture of people with sudden behavioural changes that report for exorcisms. The accumulated experience will allow to develop a therapy model for this group of people that will combine modern clinical knowledge with spiritual support, which is of great importance to many people" - he says.

As part of the project, a conference is planned on cooperation between representatives of the health care sector and priests. There will also be workshops for priests, aimed at developing their competences in the field of recognizing certain clinical symptoms and referring applicants to the appropriate type of diagnosis.