A treasure of silver and bronze coins discovered in Georgia 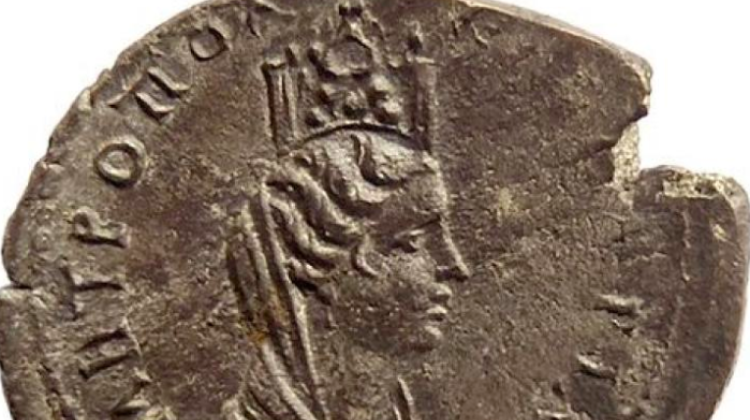 Reverse of Julia Domna coin from the mint in Caesarea, discovered in Apsaros (photo by P. Jaworski)

Bronze and silver Roman coins have been discovered by a Polish-Georgian team of archaeologists conducting excavations in the Roman fort of Apsaros Georgia. According to the discoverers, this could be a small part of a larger treasure.

The oldest coins in the find were minted during the reign of Hadrian (117-138 AD); the youngest come from the last years of the reign of Septimius Severus (beginning of the 3rd century AD).

"All coins were found very close to each other in the Roman fort Apsaros" - told PAP Dr. Radosław Karasiewicz-Szczypiorski from the Institute of Archaeology of the University of Warsaw, project leader from the Polish side. Georgian partner is Prof. Shota Mamuladze from the Batumi Shota Rustaveli State University and Gonio-Apsaros Museum and Reserve.

Polish and Georgian researchers will search for more coins. The excavation season will continue until the end of July. According to the numismatics expert of the expedition, Dr. Piotr Jaworski from the Institute of Archaeology of the University of Warsaw, the discovered coins might be a small part of a larger treasure. It could be scattered as a result of later earthworks and construction works in the fort. After the Romans, Byzantine, Ottoman and even Soviet garrisons were also stationed in the fort.

All discovered coins come from the mint in Caesarea, the capital of Cappadocia - the place located nearly 1000 km from Apsaros. They were made of bronze and silver.

So far, only one treasure from this period was discovered in Apsaros several years ago. It counts over 40 silver coins, the youngest of which date back to the time of Caracalla (beginning of the 3rd century). The coins could have been hidden by Roman soldiers shortly before the expedition against the Parthians. Scientists believe that the newly discovered coins were hidden at the same time.

Fort Apsaros was built around 2 thousand years ago on the border of the Roman province of Cappadocia. Due to its strategic position, it had an important role in the defence system of the eastern border of the Roman Empire. "That is why every year, work on this site provides new, unique discoveries" - says Karasiewicz-Szczypiorski.

So far, the most important achievement of the team led since 2014 by Dr. Radoslaw Karasiewicz-Szczypiorski in Apsaros was the discovery of a part of the bathhouse built in the second half of 1st century AD. The most surprising find was the mosaic that decorated the floor in one of the bathing rooms. It was part of the garrison commander`s residence.