Historian: Female gladiators fought in ancient Rome. Some of them were volunteers! 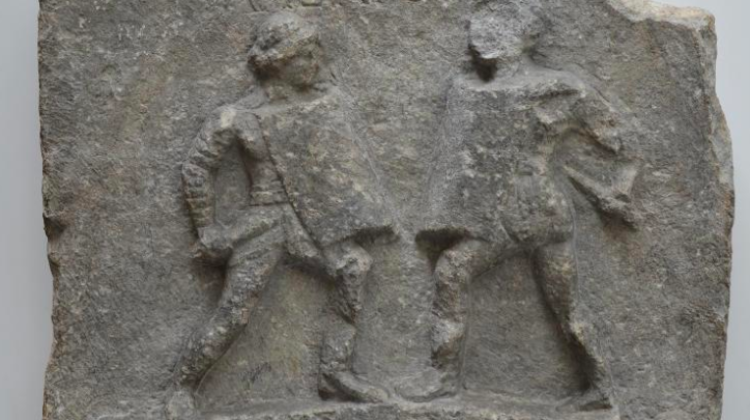 Knowledge of gladiators is common. Fewer people know that female gladiators also fought in ancient Rome. Some were forced to fight, others did it for money or fame, to become stars. Historian Prof. Dariusz Słapek talks about women fighters in an interview with PAP.

Among the gladiators, warriors fighting in the arenas in ancient Rome, men slaves were a majority. This image has been embedded in popular culture through Hollywood blockbusters.

"The arenas were indeed dominated by men, but not just slaves, and women also appeared from time to time. Their presence was unusual, so they had to attract attention and crowds" - says antiquity historian Prof. Dariusz Słapek from the Maria Curie-Skłodowska University in Lublin.

The scientist emphasizes that it is difficult to clearly determine the scale of the phenomenon, because very little information on this subject has survived to the present day.

"It is possible that approx. in 22 BC Emperor Augustus established the law, according to which women from the social elite could not participate in the gladiator games. This is interesting, because it suggests that many women wanted to fight, which was against all social standards and customs" - the historian notes. At that time, it was also decided that women who previously could watch the fights from anywhere (surrounded by men!), could now only sit high up in the amphitheatre`s crown. "However, there are many indications that these provisions were simply not observed" - adds the scientist.

Why did women want to risk their lives by fighting in the arenas? According to Słapek, there could be various motivations: desire to gain fame or money. Fascination with the gladiators themselves could also be a factor.

"Winning glory was certainly easier for women than for men, because the competition was small. Becoming a star was not that difficult for a motivated woman" - believes the historian.

Women did not always fight in the Roman arenas of their own free will. For example, in 66 AD, Nero had Ethiopian women perform a beast hunt to impress King Tiridates I of Armenia. "In the Roman arenas, at first there were women brought from outside the Roman Empire, often from very distant regions of Africa. Only later women from higher social classes wanted to fight in the arena" - explained Prof. Słapek. There were also fights of women sentenced to death.

Women probably did not fear death, because - according to the historian - their usually fought "to first blood". "We estimate that even in the case of male gladiators, only 10 percent of their fights ended in death. Bloodbath was simply not profitable - gladiators were above all well-trained showmen and the cost of their training was very high" - adds the historian.

Women normally did not fight men. This was due to the gladiator`s ethos, which was based on fair fight and contempt for death, the historian notes. He adds that women fought animals, but also each other. Among the few known reports of women`s fights in the arenas there is the information about the games during Domitian`s reign (70-96 AD), in which in the light of torches women fought... dwarves. It was a caricature of a real fight, the historian believes.

A 2nd century AD relief from Halicarnassus (now in western Turkey, at that time under the Roman rule) depicts two female combatants named Achillia and Amazon. "According to the accompanying inscription, both ladies survived the match" - the scientist points out.

In 1996 in London, archaeologists found a rich tomb from the middle of the 1st century AD. Analyses showed that a woman aged about 25 years was buried there. "The grave was located on the outskirts of the cemetery. Equipment found in the grave indicates that the buried woman was a gladiator fighting in the amphitheatre in Londinium" - says Prof. Słapek. The location of the grave suggests that the woman broke a social taboo by fighting in the arena. For that reason she was refused burial in a prestigious place.

Although a law that strictly forbade women to fight in arenas was established at the beginning of the 3rd century AD, it is known that this law was ignored. "Although female gladiators were a marginal phenomenon, they were present in the arenas from the British Isles to present-day Turkey, from the 1st century BC to the end of the games at the turn of the 6th century" - concludes the historian.