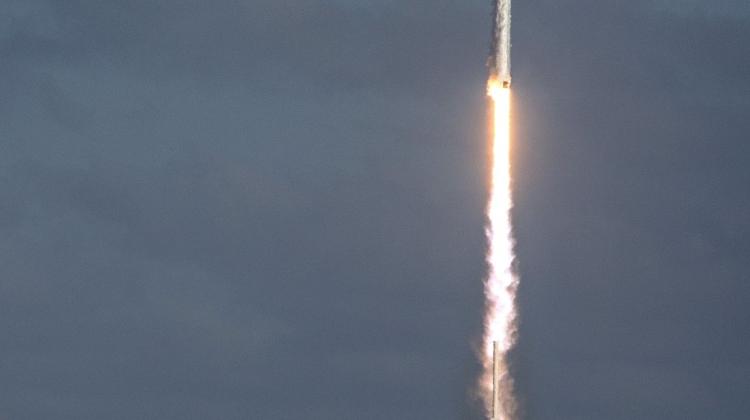 SpaceX launched its Falcon Heavy rocket from Canaveral, Florida on February 6 at 21:45 Polish time. Two boosters landed successfully. The third, centre core of the Falcon Heavy missed its drone-ship landing and crashed into the water, damaging the drone-ship in the process.

"One of the software engineers who worked on SpaceX control systems was Tomasz Czajka - a graduate of the KEN High School in Stalowa Wola and the Faculty of Mathematics, Informatics and Mechanics of the University of Warsaw" - reads the release on the Polish Information Processing Society website.

Czajka started working as a software engineer at Google's headquarters in 2007. He moved to SpaceX in 2014.

The Polish Information Processing Society reminds that Czajka had outstanding success already in high school, winning silver and double gold in the International Olympiad in Informatics. During his studies - first at the University of Warsaw, and then at Purdue University in the US - he won prestigious IT competitions. In 2003, 2004 and 2008, Czajka won the TopCoder Open in Las Vegas, in 2003 the ACM International Collegiate Programming Contest in Beverly Hills, and in 2004 his team he won the TopCoder Collegiate Challenge.

The flight of Falcon Heavy was a test flight, and its goal was to return and land the two side boosters and the centre core. In the future, the rocket will be used to carry a private manned mission to Mars. SpaceX founder Elon Musk announced that the mission would be organized by 2024 - earlier than the NASA's mission. (PAP)