Fairytale coast of the Baltic Sea 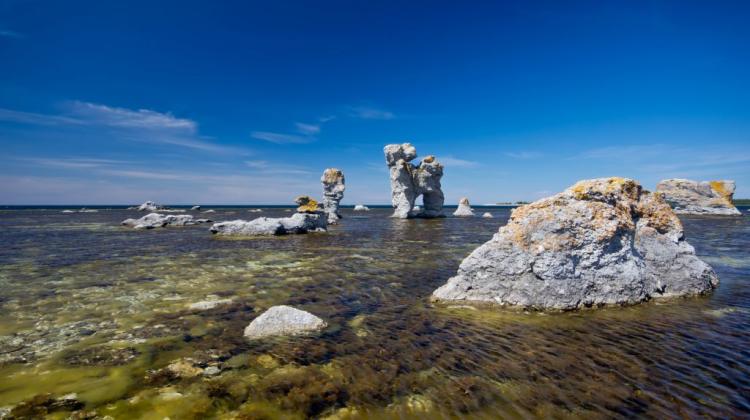 The mysterious history of the rauks - spectacular shape forms of the rocky coast of the Baltic Sea - is being investigated by Dr. Mateusz Czesław Strzelecki from the University of Wroclaw. Sea stacks, also called rauks from their name in Swedish, are groups of columns of rock towering over limestone platforms extending along the coast of Gotland and Farö.

The rauk coasts are one of the main tourist attractions in Sweden. The fairytale rock landscape that emerges along the coast of northern Gotland and its sister island Farö has been the inspiration for many artists, including one of the most prominent directors in the history of cinema, Ingmar Bergman. The formations that attract tourists and people of culture and art have been neglected by geomorphologists and famous landforms do not yet have an explanation of their formation and preservation" - observed Dr. Strzelecki.

In his opinion, the Holocene evolution of the Baltic Sea is one of the most fascinating environmental change stories in Europe. Key information on sea level and climate fluctuations and related environmental changes have so far been found searched in coastal lakes, peat bogs and the wide barrier-lagoon belt of the southern Baltic Sea.

The scientist from the Faculty of Earth Sciences and Environmental Management, University of Wroclaw, noted that only a handful of papers focused on the study of rock sections of the coast. And these coasts are a characteristic feature of the Baltic Sea landscape from Bornholm through Öland, Gotland, Farö, Hiiumea, Saaremaa to the thousands of islands of the Åland Archipelago.

The National Science Center has approved the application to support the project "POROCO - Mechanisms for Controlling the Evolution and Geomorphology of Rocky Coasts in Polar Regions". The amount of 784 thousand zlotys will co-finance research, in which Dr. Strzelecki intends to explain how hundreds of limestone sea stacks have been formed along the emerging coasts of Gotland and Farö, and determine whether these rock formations and the surrounding cliffs and platforms contain information about the environmental changes that had taken place in the Baltic region in the Holocene.