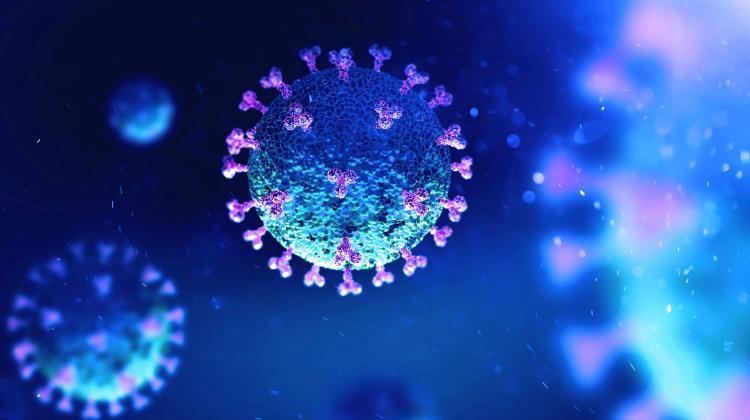 Work on new, safe vaccines can take up to 10-15 years, says virologist Dr. Ewelina Król. With a team of scientists from Gdańsk, she conducts research the effects of which can be used in a potential preparation for protecting people against SARS-CoV-2.

PAP: What are the chances of developing a SARS-CoV-2 vaccine? Despite previous research, there are no vaccinations against SARS or MERS.

Dr. Ewelina Król: We are dealing with a large-range pandemic. SARS and MERS originated from Asia and were diseases with high mortality but limited range. The MERS virus is still circulating in the population, while the SARS virus epidemic was short. Despite this, intensive research on the vaccine was carried out, but after the epidemic ended, the pharmaceutical companies abandoned it. It simply stopped being profitable. This was probably a mistake, because now we can see that we are using the results of that research.

PAP: Will it be different now?

EK: I think a vaccine will be developed. For example, Moderna is conducting promising research on an mRNA-based vaccine. But its future is uncertain. 45 volunteers took part in the first phase of clinical trials. According to the information provided, eight of them developed antibodies to protect against the virus. If the vaccine only worked in 8 people out of 45, it does not give much hope for sufficient effectiveness that will allow it to be marketed. Work on another vaccine, this time based on the adenovirus vector, carried out at AstraZeneca, is also very advanced.

PAP: What is the biggest challenge?

EK: There are several difficulties. Firstly, viruses are very variable. If we had one coronavirus vaccine available, that doesn't mean we could use it against another coronavirus. Usually we need a new vaccine for each pathogen. The second problem is antibody-dependent enhancement (ADE).

PAP: How does it work?

EK: Coronavirus vaccines are usually based on a specific virus protein - S glycoprotein, also called the spike protein. It provokes the infected human immune system to produce numerous antibodies that attack the virus. Unfortunately, it also causes the production of antibodies that have a low level of virus neutralization and attach to it in such a way that the virus can more easily penetrate certain cells. So instead of protecting against infection, such antibodies enhance it. A person thus vaccinated would have a worse course of the disease. A similar problem affected the withdrawn dengue virus vaccine.

PAP: Is it possible to overcome this obstacle?

PAP: Is this what you do in your work?

EK: We obtained a grant from the National Science Centre in the COVID-19 Fast Track Access for research on this type of spike structural protein modification.

PAP: Would such a modified protein be administered in the vaccine?

EK: The administration of a purified protein may be one of the solutions, but not always the best one, because the protein separated from the rest of the viral proteins may have a slightly different shape than in combination with them. Our team is working on developing the so-called virus-like particles. Simply put, it is a virus shell without genetic material inside. It consists of various proteins that imitate the natural structure. At the same time, since such empty viral shells do not contain genetic material, they can stimulate the immune system without causing an infection. We want to create particles with a modified spike protein that will be produced in both mammal and insect cells.

PAP: If it works, what's next?

EK: As a scientific unit, we conduct basic research. We want to do preliminary tests of our invention on mice. But we do not even have the funds to start preclinical studies, tests on another animal model. Meanwhile, extremely expensive clinical trials are always needed after this stage. If we succeed, we will be looking for a pharmaceutical company, with which we can start cooperation.

PAP: What are the chances that such companies will be interested in your technology?

EK: If our potential vaccine preparation is effective in studies on the mouse model, then I think it is likely due to the potential profit. The approach we develop may also be effective in relation to possible future pandemics. Spike proteins are similar to each other in various coronaviruses. So maybe even a universal vaccine against coronaviruses could be created, but these are long-term plans.

PAP: Based on what you say about virus-like particles, one could get the impression that they are very safe. How do they compare to other types of vaccines?

EK: Vaccines based on virus-like particles are safe because, as I said, they do not contain the genetic material of the virus. In addition, such vaccines are already approved by the US Food and Drug Administration (FDA) and marketed. Virus-like particles are used, for example, in hepatitis B or human papillomavirus vaccines. Meanwhile, mRNA-based vaccines, such as the vaccine developed by Moderna, have not yet been approved for human use.

PAP: What other vaccines against COVID-19 are being developed in the world?

EK: The scope is large. The most advanced work is being carried out on preparations based on mRNA, because the method of their production is short, and on vaccines based on adenoviral vectors. Adenoviruses (one of the virus families - PAP) are a vector that introduces foreign genes into the host. As a result of this procedure, the host begins to produce a specific protein that stimulates the immune system. Different approaches to obtaining virus-like particles produced in e.g. yeast, insect or mammalian cells, are also being tested. There are studies on vaccines based on DNA itself. But in this case there are fears that such DNA fragments could be incorporated into the genome, which we do not want.

PAP: Looking at all these research projects, how would you estimate the time to the creation of the first vaccine?

EK: It is difficult to answer this question, but a year is unlikely. After basic research, such as ours, preclinical testing is conducted, followed by three phases of clinical testing. In the first, the preparation is tested on a small group of healthy volunteers, in the second phase hundreds of people participate, and in the third - thousands. In a normal situation, each phase of the clinical trial takes an average of two years. Basic research - if it starts from scratch - takes 5 to 10 years. Preclinical studies, depending on the model, include two rounds, 2 or 4 years each. In the longest variant, we get over 20 years.

PAP: It is difficult to compare this to one year...

EK: In the case of the mRNA-based vaccine, researchers skipped straight to the first phase of clinical trials and the second phase was expedited. Procedures in the event of a pandemic are sometimes shortened to create a vaccine quickly. But the most important thing is safety and no one will sign off on something that is not 100 percent safe.

At the same time, since mRNA-based vaccines have not yet been approved for use in humans, the creators of the preparation must show particularly well that it is safe.

Even if we shorten the second phase of clinical trials, thousands of volunteers in the third phase will still have to be conducted. And even if clinical trials could be carried out not in four, but in two years, remember that the finished vaccine must be mass-produced. To this end, infrastructure will have to be expanded, new large factories built. So I think that a vaccine available in 12 months is wishful thinking. It's rather unrealistic.