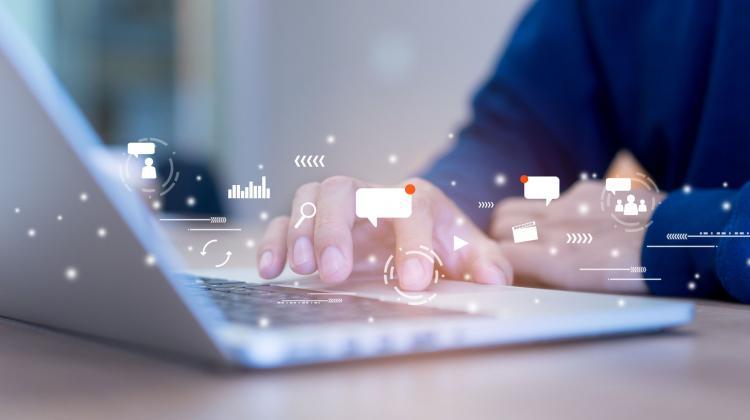 Although TV series episodes, texts and other media forms are getting shorter so that they can be consumed quickly, rather than replace classic formats, they will only give a broader choice, according to a leading media expert.

With streaming platforms increasingly experimenting with short series episodes lasting no longer than 50 or 30 minutes, or even 10 minutes, the same is true with text information with some providers offering readers 'one-minute reads'.

According to Dr. Krzysztof Kuźmicz from the Kozminski University, however, while the short formats are aimed at post millennials, “they are not convenient for watching, a two-hour movie, but rather for a quick peek in public transport or during the day.

And while admitting that although extremely short video materials are becoming more and more popular, for example on TikTok (some are only few seconds long), at the same time there is a storytelling content boom, such as longer audio stories, often in the podcast format.

He said: “Verbal information has been known to mankind for millennia. Until now, radio has been the most popular audio medium in mass culture. Now many people reach for sound productions in the form of broadcasts or audio books available on streaming media and on-demand services. Many of them are over an hour long.”

Psychologist Dr. Iwona Werner from the WSB University in Poznań believes that short-burst overstimulation can also be a problem: the emotional charge previously contained in a one hour video must fit into a format several times shorter. She says: “For a mature recipient, watching one such episode from time to time shouldn't be a problem. But it's different if we watch several such +emotional loads+ in a row, adding that, as a consequence, our attention system may want to feed only on fast, intense and constantly changing content.

“This, in turn, can lead to disorders in our emotional and cognitive sphere. The symptoms include a greater tendency to anxiety, irritation, increased impulsiveness, lack of patience and attention impairment.”

For example, when our brains adapts to the demand for numerous and diverse stimuli, a walk in the woods can become boring and unsatisfying. 'We will not notice wild animals, we will not smell the forest. That's why you can often meet people with headphones or bluetooth speakers in nature, because their nervous system is not sufficiently stimulated', Dr Werner says.

Both Dr. Werner and Dr. Kuźmicz say that short forms can serve their purpose well in e-learning, especially for adults. Research shows that a course consisting of 5-10 minute video lectures in combination with accompanying interactive tasks and games can be a more effective teaching-learning method than a classic, hour-long lecture.

But, says Dr. Kużmicz, “This does not mean that digital learning should replace traditional means and didactic methods, for example in the form of reading books, which should be a complementary element of educational processes.”